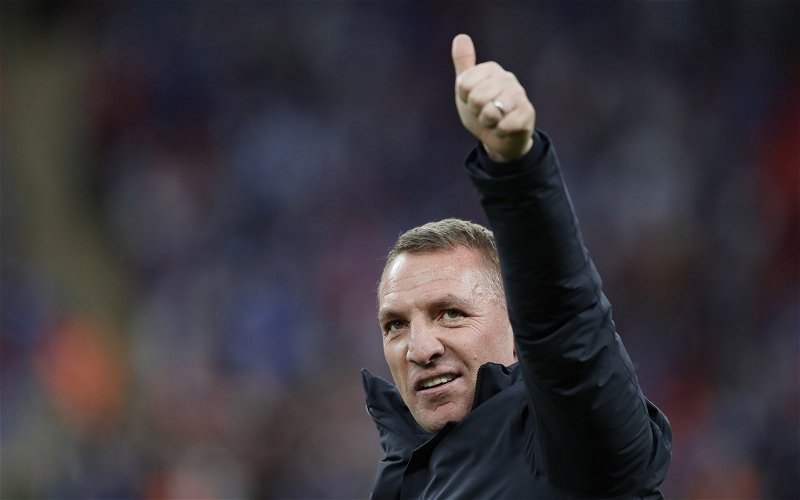 TalkSport pundit Gabriel Agbonlahor thinks that Leicester City boss Brendan Rodgers has taken his side as far as they can go and that he might be tempted to move elsewhere.

Rodgers has done a remarkable job at Leicester over the past few seasons, taking them to back-to-back fifth-place finishes whilst also bringing them the FA Cup last season. However, this season has seen them go through a bit of a blip, as they currently sit 10th in the table and they were knocked out of the Europa League in the group stages.

As a result, it’s left Agbonlahor thinking if he has perhaps taken the club to their peak and whether he would be tempted to start a fresh challenge elsewhere. He gave his opinion on TalkSport, stating that he didn’t think that the club would be able to keep up with some of the other sides in the division.

He said: “Has he taken them as far as he can? Winning a trophy, great achievement with the squad of players he’s got. But are they gonna have the money, the investment to break into the top four?

“I just don’t see them at the moment. I feel like Arsenal are gonna keep getting better, Spurs are gonna have money to spend.

“I’m looking at these teams like Leicester, West Ham – are they gonna have the investment to get into the top four? So I can see, if the right job becomes available for Brendan Rodgers, I think he will jump ship.” 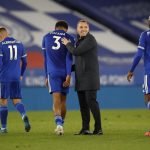 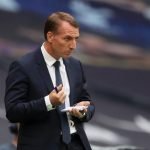 The Northern Irishman’s future at the club has been brought into question in the past, most notably when Newcastle United were reportedly taking an interest in him following their takeover, forcing Rodgers to come out and state that he didn’t have any interest in jumping ship at that time.

But it does seem like those two seasons when they finished fifth might have been their last chance to take that big step and become a bigger club within the Premier League.

They do still have the potential for European glory this season if they win the Europa Conference League, which will get them back to the Europa League for another stab at that – but is that going to be enough to keep Rodgers from wanting to leave? Only time will tell.