A lot of Leeds United fans have taken to Twitter to share their anger at footage to emerge from their latest Premier League defeat on Saturday.

Marcelo Bielsa’s side suffered their eighth defeat of the Premier League campaign at Elland Road against Arsenal on the weekend which left them slumped near the relegation zone.

Should this have been a straight red card? 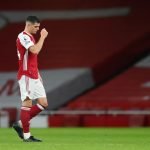 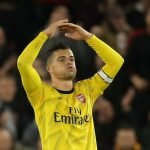 The Whites fell in a heavy 4-1 defeat to Mikel Arteta’s side, however, fans were drawn to footage to emerge from the second-half of Granit Xhaka’s challenge on Raphinha which did not see the Swiss midfielder be awarded a card.

Leeds’ Brazilian winger fell to the floor following the challenge which saw Xhaka miss the ball and stand on Raphinha’s left ankle, and it was apparent these Leeds fans were far from impressed.

“That’s got to be a retrospective suspension”

“This is absolutely disgusting , how the hell is that not a card ? VAR is a joke”

Raphinha was able to continue the game and the 25-year-old added to his impressive tally for the season with his eighth goal in 16 league appearances (via Transfermarkt).

Defeat against the Gunners has left Leeds just five points clear of 18th-placed Burnley, however, the Whites have now played an extra three games than Sean Dyche’s side.

It was apparent these fans were furious with Xhaka’s challenge on Raphinha and it is no surprise given the importance of the Brazilian and the already long list of injuries that have depleted Bielsa’s options.