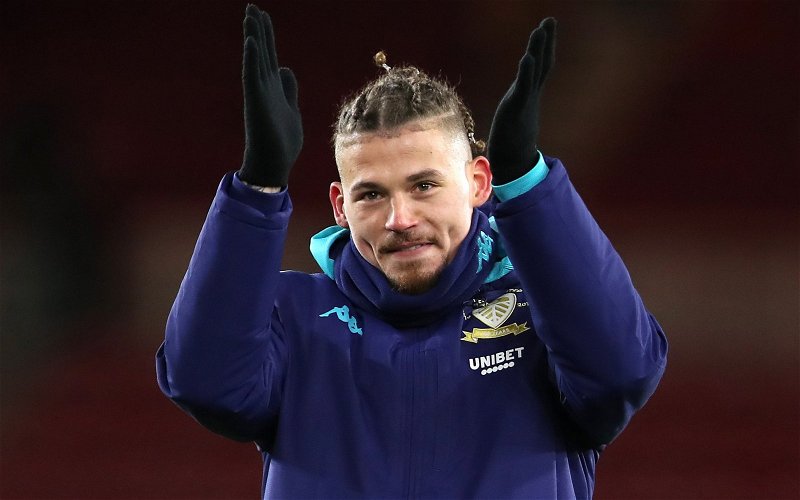 A number of Leeds United fans have reacted with sheer delight after Kalvin Phillips shared an old picture of himself online.

This season, the England international has been part of a struggling side, unable to reach his best level – with a recent hamstring issue hampering his current run of form.

However, while out of action for the time being, it seems that Phillips was looking back on days gone by. Indeed, he recently tweeted a picture of himself from seven years ago, at the beginning of his ‘first-team journey’.

After seeing the image emerge on social media, it’s safe to say his supporters were happy to reminisce and reflect on his career, too.

“You have been a tremendous player to watch Kalvin and have done very well. And scored some brilliant goals too. Keep up the good work.”
@MatthewTatler1
“And look at what you have achieved! Amazing!”
@ShelljaneLUFC
“Blimey! 7 years already Kalvin! And no you absolutely haven’t changed too much since then!”
@FlyTheWhiteRose
“Could not have happened to a nicer guy! Future England Captain.”
@RobDodsworth
“This has got to be photoshopped!”
@Pritesh_Vegad
“You are a BOSS.”
@RealSupaNoah
“Baller.”
@dansnaplufc

As is shown clearly by the many warm comments, Phillips is much loved by the fans and they really appreciate the player he has become for Leeds over the years.

Still only 25 years old, there could be much more to come. However, that could be for a different club, with the midfielder frequently being linked with a move to other Premier League sides.