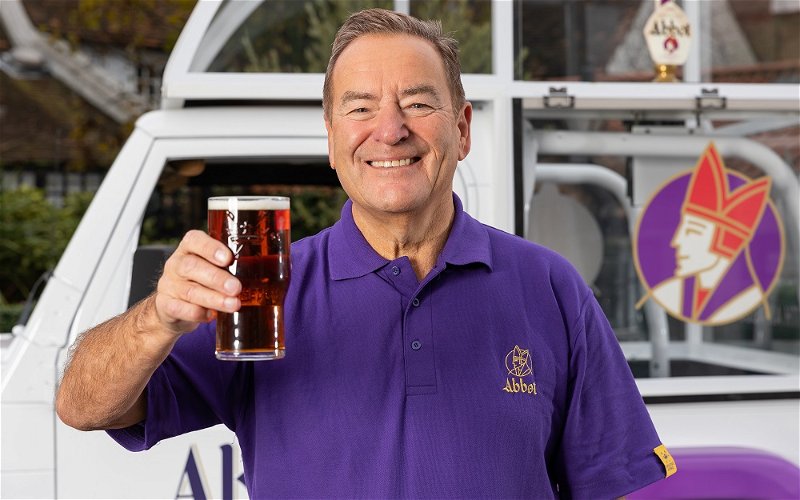 So it’s that time of year again for football fans across the country, the busy and hectic (but ultimately fascinating) festive fixture crush where teams at both the top and bottom of our football pyramid either start pulling away or falling further behind.

It’s also the final time that Sky Sports legend Jeff Stelling will be leading fans through the varying 90 minutes of action, as after 25 years of laughs, bemusement and some truly awful puns, he’s stepping away and saying his goodbyes at the end of the 2021/22 season. Having helped raise hundreds and thousands of pounds for Prostate Cancer UK with his phenomenal March for Men antics, Stelling has vowed that he’s not “intending to retire” and one of his first actions has been to partner up with Abbot Ale to promote their ‘slow down’ pledge.

It’s a busy time of year for everyone with plans to be made, engagements and families to enjoy, and not for the first time, Premier League managers have again been criticising the rest periods between matches that are set for December – with Leeds United gaffer Marcelo Bielsa recently warning that there are ‘doubts’ about the future of the game if concerns aren’t addressed.

But it’s of course not just footballers that are busy. Fans are, and Stelling’s partnership with Abbot Ale to introduce the nation to a new pint drinking concept, came about after they revealed that research showed almost half of 2000 respondents now wanted to be able to slow down when they hit 43 after busting their gut in a ‘fast paced’ life for the previous 25 years. Recent restrictions have no doubt magnified this desire.

With it estimated that the average adult only has just over an hour a day totally to themselves (no work, chores or working through your to-do list), Jeff’s message on behalf of Abbot Ale is quite simple.

“As I get a little older, I am trying to slow down! Life is still so frantic but I want to enjoy pleasures like a dog walk, a round of golf or especially a good pint! I say cheers to those who have the option of slowing down that bit sooner than me!”

TOP 10 ACTIVITIES BRITS DO – WHEN THEY SLOW DOWN:

With it estimated that the average adult only has seven and a half hours to themselves each week, that’s even more important for Premier League fans, as with games being moved by the broadcasters for the perceived plum times over Christmas, that spare time gets quickly eaten into (and can be very expensive) with ticket switches, reorganising travel and even hotel accommodation and that’s if you can rearrange. For those that can’t, any travel and accommodation is a cost to be swallowed at the very worst time of the year.

If football wants to slow down and follow Jeff’s advice, maybe it could start with that and leave December untouchable from the moment the fixtures are first released.