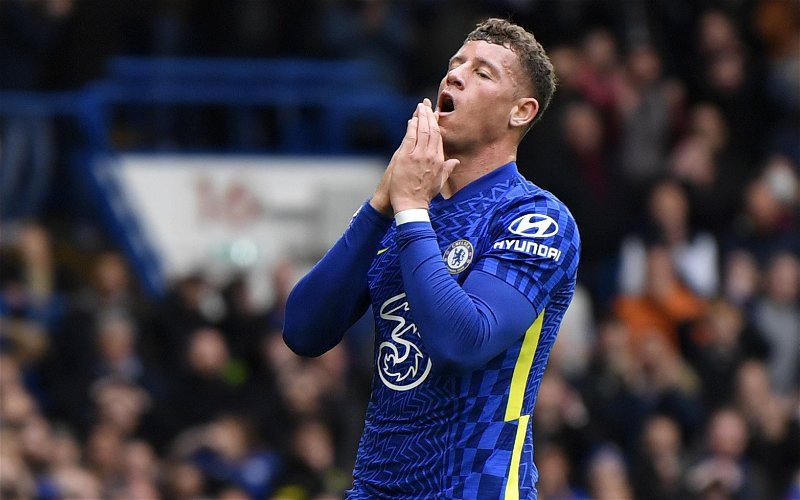 Football journalist Dean Jones has been speaking on the latest edition of Touchline Talk to discuss a potential return to Everton for Ross Barkley.

The former Toffee is having a difficult time of it down in the capital having left Goodison Park back in 2018 for a reported £15.12m.

Would you have Barkley back at Everton? 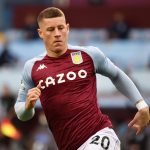 Barkley was sent out on loan last season to Aston Villa with his game time at Chelsea not improving and it seems the 28-year-old may be forced into leaving the Blues in search of some consistent time on the pitch (via Transfermarkt).

The Englishman’s lack of game time has also seen his call-ups for the national side dwindle too, with no phone call from Gareth Southgate since 2019.

Reports have suggested Leeds United may be an option for the midfielder as a landing spot in January, however, Jones had the following to say on the likelihood of a return to Merseyside:

“Barkley makes sense in one side of it, because he’s a guy that comes in, understands exactly where this club intends to be, expects to be. And I guess could be looked at as a good place for him to bounce back from what’s been a mainly disappointing stay at Chelsea.

“But there’s also that side of it where is he admitting defeat and is it embarrassing to go back to Everton at this point? Like, you think of how that deal came about, how that move transpired – you know, you’re kind of going back there with your tail between your legs and I’m not sure Ross Barkley’s going to do that.

“So I think he’ll keep his options open for a bit, see what else is out there because I’m not 100% convinced that this is what he foresees as his future.”

During his time with the Toffees, Barkley proved a threat in attack with 27 goals and 28 assists to his name, but his time in west London has only produced 11 goals and 11 assists (via Transfermarkt).

The absence of Dominic Calvert-Lewin has found Rafael Benitez’s side looking to alternative options for goals this season, with new arrivals Andros Townsend and Demarai Gray leading the way with five each.

However, only two of their central midfielders have been able to get their name on the scoresheet this season in Abdoulaye Doucoure and Tom Davies.

And we think if Barkley could find his feet again in the league, Everton could benefit from some extra goals coming from their midfield, and given his previous, it could prove a good move for all parties.