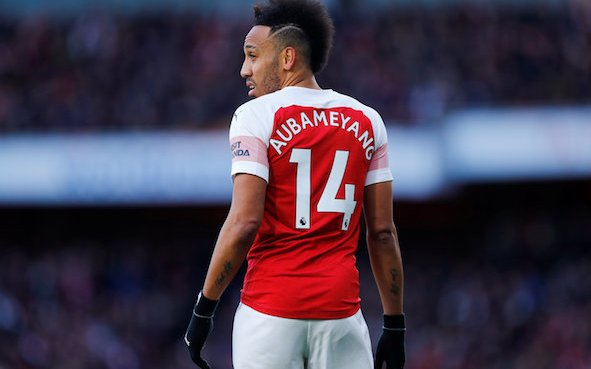 Speaking on his YouTube channel, Goal’s Arsenal correspondent Charles Watts believes the Gunners will seek to strengthen their attacking options next summer, with Alexandre Lacazette’s contract due to expire next summer while Pierre-Emerick Aubameyang continues to struggle for Mikel Arteta’s side.

The striker situation at Arsenal is definitely one that is a hot topic of debate within the squad at this moment in time, with 30-year-old Lacazette and Aubameyang, 32, having contracts running out at the Emirates Stadium in 2022 and 2023 respectively.

Subsequently, Watts believes Arsenal will definitely strengthen their attacking options, although he believes they won’t aim to do so until next summer rather than the upcoming January transfer window.

Watts said: “One area perhaps in the squad where they are struggling a little bit still is up front. I think that’s certainly the area that they’re going to look to strengthen next summer when it comes to the transfer window. They’ve got a lot of work to do when it comes to the forwards, with Lacazette and Aubameyang and their age.

“Lacazette’s out of contract, Auba’s only having 18 months, Auba’s struggling for form at the moment. You know, that’s certainly an area they’re going to look to improve on when the summer rolls around.

“I know a lot of you want them to improve in January; I can’t see that happening. As I’ve said numerous times, I just don’t think they’ll have the money to really go big on a striker in January. It’s something that will wait for the summer.”

There is no denying Watts’ opinion that the striking department should be Arsenal’s upcoming transfer priority, with Lacazette and Aubameyang both now in their 30s, and have both struggled to find form under Arteta in recent times, with the pair scoring just five times in the league so far this term, having notched a combined 50 in all competitions during the 2018/19 season.

Meanwhile, it could be argued that it is far too much to ask the likes of youngsters Folarin Balogun and Gabriel Martinelli to step up to become’s Arsenal primary striker.

Therefore, a move for a new forward could prove to be an incredibly astute one by Arteta, and the Gunners have been being linked with a move for the likes of Dusan Vlahovic in recent weeks as the Spaniard seeks to add real quality to his attacking ranks.