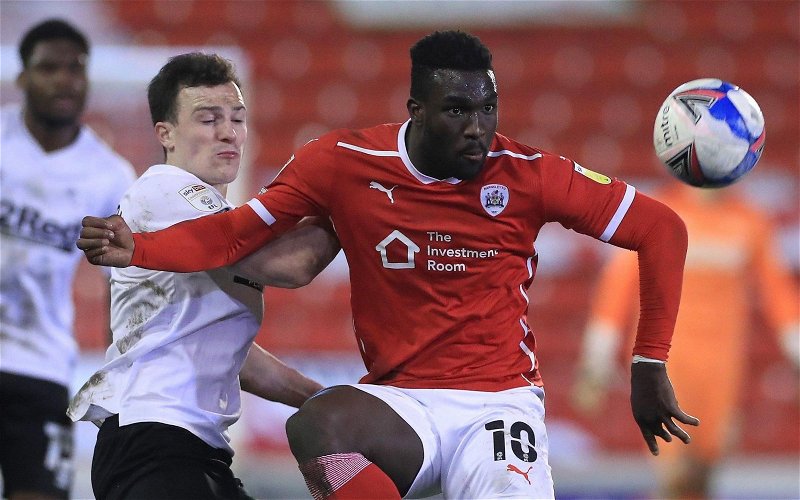 West Bromwich Albion journalist Joseph Masi has given been discussing a potential swoop for Daryl Dike in the January transfer window.

Recent reports have suggested that the American forward could be on his way to The Hawthorns in the coming weeks.

Dike has previously worked with Baggies boss Valerien Ismael before at Barnsley last season, where he made a decent impression in the Championship as he scored nine goals to help the Tykes reach the play-offs.

Speaking on the Express and Star YouTube channel after West Brom’s recent loss to Derby County, Masi described what a deal could look like, the finances behind it and how that would ultimately affect the club’s plans during the January transfer window.

Masi said: “If they can get Daryl Dike, it’s going to be a big deal in terms of what it’s going to cost. What we understand, what we expect it to be will be an initial loan with a view to a permanent if Albion win promotion to the Premier League. That loan will cost a hell of a lot more money than what most Championship teams will spend on a player this season. So it’ll be an absolutely massive outlay.

“We think if he gets Dike, it’ll probably be Dike and that’s it. Maybe another one on loan potentially, we’re not sure. But we think, Dike, if he gets him, that will be the only addition.

“I think Daryl Dike will make an absolutely massive difference to this side. For me, I’d be happy with Dike, and if it had to be Dike and nobody else, as long as we got Dike, I’d probably go with that, to be honest.”

Whilst a lack of goals has been something a problem for them this season with just 30 to their name – the second-fewest of all teams currently in the top six – although Dike showed last season that he can perform in this division, it still comes across as a bit risky to make that the club’s only signing in January.

There’s no guarantee that he’ll be able to repeat the form that he showed last season, and West Brom might be better off spreading the money that they would have spent on him out across a number of players rather than focusing on just one.