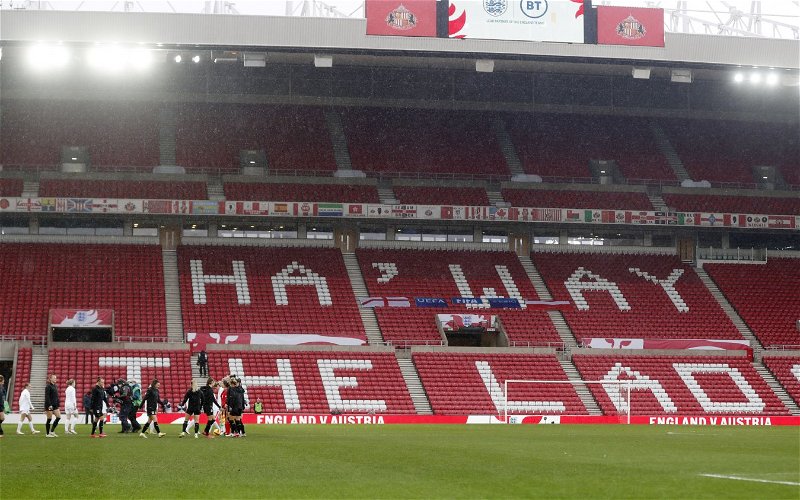 A whole host of Sunderland fans on Twitter are loving the latest club footage to emerge.

Sunderland are currently enjoying a wonderful run of form in having gone nine league outings without defeat, which has seen them slowly but surely claw their way up the table and into top spot.

Their latest huge victory was midweek at home to Sheffield Wednesday, who beat them 3-0 in the reverse fixture earlier this season, but this time, the Black Cats thumped the Owls 5-0 with on-loan defender Callum Doyle netting his first goal for the club.

'As well' as Joao Pedro: Journalist claims another exciting Newcastle deal 'might happen'

A lot of Sunderland fans were in love with Doyle’s goal and celebration when the club shared the footage on Twitter.

“Could just keep on watching these highlights”

“I think he enjoyed that”

“Dear Man City Can we keep him? We’ll give you anything you want! Just let us keep him! Kind regards All SAFC fans”

“So pleased for him. He’s never going to forget sunlun when he’s England captain is he.”

“Sign him permanently even if it means bankrupting the club”

“Absolutely brilliant. On a side note the pitch is looking ropey. I thought you had relaid it with a state of the art one?”

“Needs to work on that celebration…..Made up for the kid, he’s been awesome for such a young lad”

It appears that this could be a special season for Sunderland as they’re the team top of the table heading into the new year and look to be on a red-hot run of form, and should they maintain it, they will take some stopping by anyone in the league.

In other news: ‘Could be the end of the season for him’ – Journalist issues worrying injury claim at SAFC