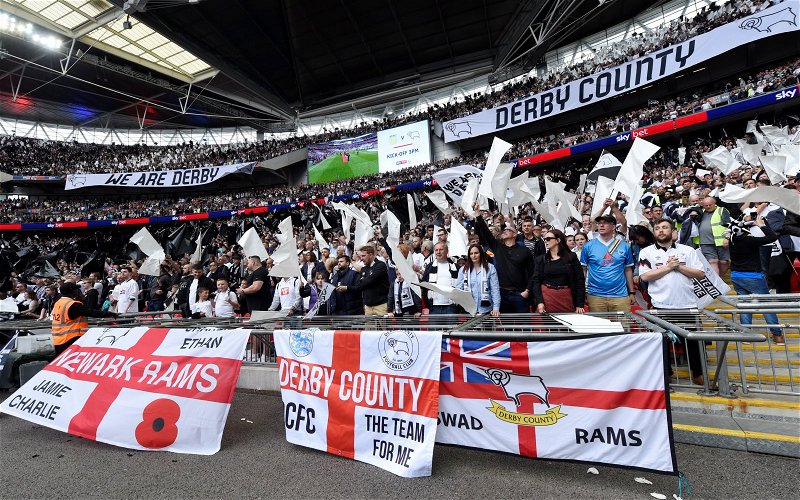 Derby County fans have been reacting to photos that have emerged of Colin Kazim-Richards from their recent win in the Championship.

Even though relegation looks a near certainty for the Rams after their points deduction this season, they certainly aren’t going down without a fight.

They recently beat promotion-chasing West Bromwich Albion, although the victory came in rather fortuitous circumstances, with Kazim-Richards getting the game’s winner after a mix-up in the Baggies defence.

The club’s Twitter account posted a series of photos on its feed after the game showing a jubilant Kazim-Richards celebrating the victory, which he himself also retweeted, which gave Derby County fans a perfect opportunity to show their appreciation for his efforts, with many hoping that he stays at the club beyond the end of the season:

@DerbyRetweets
“@ColinKazim thank you! You play like a true legend. Much love & respect from Pennsylvania Ram fan.”
@dolan284
“Give him a lifetime contact”
@Lewisdcfc1
“Don’t let him go”
@EoghanORegan7
“Top lad”
@648_ben
“Keep doing what your doing mate, us fans love your passion for this club”
@77SlaterIlson

At the age of 35 and only under contract with the club until the end of the season, he’s certainly on his last legs as a player, but if he can still do something in League One, then it might be worth him sticking around to try and lead the promotion charge.