Lots of Celtic fans have flocked to Twitter to share their thoughts on Ange Postecoglou’s latest comments to emerge out of Parkhead.

On Friday, it was announced Celtic ace Greg Taylor has been rewarded, on his birthday, with a new deal that will see his contractual stay with the Bhoys extended until 2025.

Did Taylor deserve the contract extension? 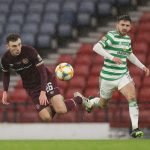 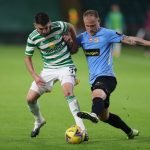 The 24-year-old has made 60 appearances for the Hoops across all competitions since arriving in Glasgow back in 2019 from Kilmarnock.

Speaking after the announcement, Celtic manager Ange Postecoglou had the following to say:

“I am delighted that Greg has extended his contract with the Club. He has had an excellent start to the season and has made a really valuable contribution to the team.”

However, Celtic fans took to Twitter to share their initial concerns on the comments to emerge regarding the contract extension for the left-back.

“Just when you think Ange can do no wrong he comes out with a bunch of lies, you’re fooling no one Postecoglou”

@Thebhoymacker
“Day was fun while it lasted.”
@Fanofvalentina3
“If Ange is “Delighted” then We have another Yes Man”
@SlideAwayDreams
“Seems to be the only one delighted”
@JJ5791home
“This is why Ange aint the man to win the league. Either rates him or is pretending to rate him for the board, both equally bad”
@craig_canavan
“Ange baby, don’t tell lies x”
@04Ess11

The left-back is currently out of action for the Bhoys as he continues to recover from a shoulder injury that has seen him miss the last seven league games (via Transfermarkt).

Although the defender was heavily involved before his injury, it is apparent these fans were far from impressed with his early displays this season in which he managed to grab an assist (via Transfermarkt).

In other news: ‘Celtic, you know what to do’, ‘Won’t regret it’ – Lots of Celtic fans beg Ange to take ‘gamble’