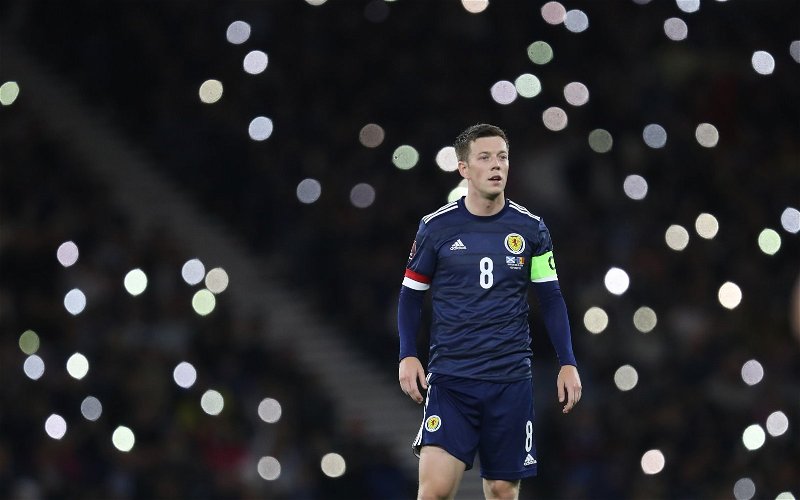 Scotland secured their World Cup Play-Off place thanks to a 2-0 victory over Moldova. Nathan Patterson and Che Adams found the back of the net to ensure their hopes of a 2022 World Cup spot stayed alive.

There was one name that was on Scottish lips after a brilliant performance, that of Callum McGregor. Celtic’s captain lined up in the midfield alongside Billy Gilmour, with the pair both enjoying a good evening.

Nathan Paterson’s goal and assist may see him pick up the majority of the back pages in Scotland, but their fans were delighted with McGregor and how instrumental he was to their win.

What the Scots had to say about Celtic’s McGregor

“I understand that Gilmour is the golden boy just now and he played very well. However, Callum McGregor was outstanding tonight. Him and Gilmour are so well suited and just look very comfortable playing together.” @BigCA27

“Callum McGregor is the best midfielder we have.” @therealshane__

“Callum McGregor is an exceptional footballer. Everything goes through him – Orchestrator.” @chrisconway1382

Scotland’s fifth win in a row in all competitions for the first time since 2007 came at the perfect time. There are still some massive tests they’ll have to overcome if they are to reach the Qatar World Cup, but they’re certainly on the right track.

Their fans will be hoping that McGregor and Gilmour can maintain their partnership in the middle, orchestrating Steve Clarke’s side.

Celtic fans will be delighted with their captain’s performance, hoping he can bring that back to Celtic Park as they look to close the gap to Rangers in this season’s fight for the title.