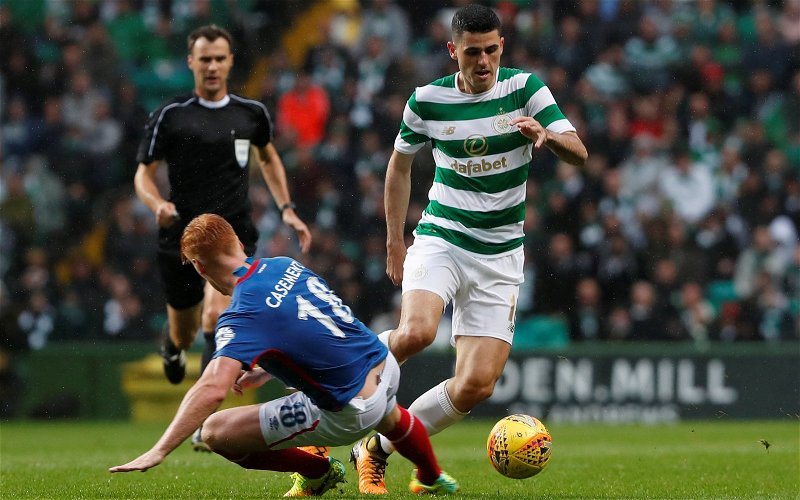 Celtic reached their first final under Ange Postecoglou as they beat St Johnstone 1-0 at Hampden Park thanks to James Forrest’s goal.

St Johnstone looked to frustrate Celtic, and succeeded for the majority of proceedings, being resolute in defence and not giving the Hoops much to work with.

The substitute of Forrest changed things. The wide player found the back of the net just minutes after entering the fray and his performance excited fans who want him in the side as soon as possible.

However, despite all the praise for Forrest, there was one player picked out by supporters who is their ‘key’ to success: Tom Rogic.

What the Celtic fans said about Rogic

“We lack a bit of creativity in midfield without Rogic.” @Colliniho

“Get Ange a few players and Rogic fit.” @JamesMcCotter1

“Without Christie we have no one else can do what he (Rogic) does.” @HMillerNoFiller

“We’re much more fluid with Rogic in the team. He glides past players and is capable of those defence splitting passes.” @Danbo115

“Rogic and Forrest give us more options.” @Ticketustastic

“Rogic is the key to open up these teams.” @paddyduffy1980

Rogic has of course been missing with a hamstring injury recently (via TransferMarkt), and many supporters have deemed him vital to their success, especially after seeing the performances without him.

While the wait for his return goes on, it’s evident how highly the Celtic fans regard him.

In 22 appearances this season, the Australian has only scored once and assisted four times (via TransferMarkt). Stats can be deceiving though, and that doesn’t mean he hasn’t been instrumental to Postecoglou’s side this season and the fans clearly feel he’s the ‘key.’