Celtic: Fans buzz as Nir Bitton named in Team of the Week 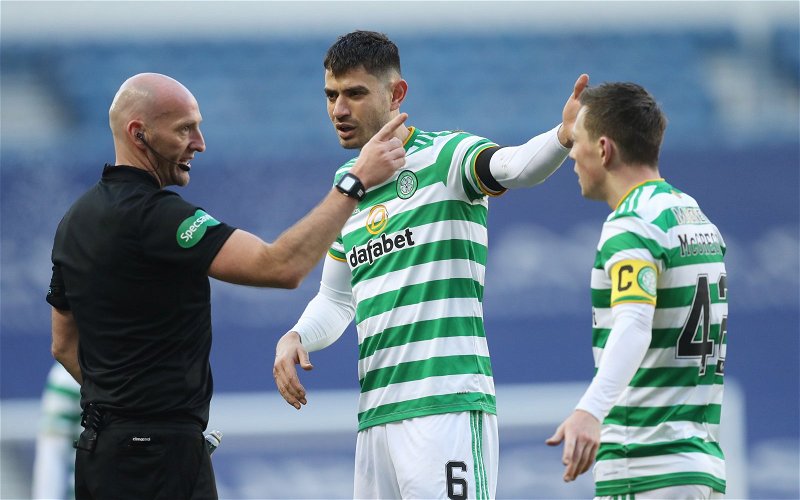 A whole host of Celtic fans on Twitter were happy to see Nir Bitton’s performance in the Scottish League Cup semi-final be recognised as he’s made the SPFL Team of the Week.

Celtic managed to book their place in the Premier Sports Cup final having seen off last year’s winners St. Johnstone 1-0 at Hampden Park and they will now have the chance to win the season’s first piece of silverware.

Bitton has been far from a consistent starter under Ange Postecoglou, having started just four games in the league all season, but he was handed his chance to impress in the semi-final and definitely took that chance as he was named in the SPFL Team of the Week.

A lot of Celtic fans on Twitter are delighted to see Nir Bitton’s performance be appreciated in this way.

What have these Celtic fans been saying about Nir Bitton?

“Thought the big man had a great game. He’s had his mistakes but the guys a player.”

“Thought Bitton was excellent on Saturday. Early booking could have affected him but didn’t”

“Nir has always been quality, just poor discipline and being played out of position”

“starting to love this man”

This should be a huge confidence boost for Bitton and will likely give Postecoglou a selection headache when it comes to choosing his starting XI for the next game, as after a dominant display in a high-pressure match – judging by these Celtic fans – it will be difficult to justify dropping him.