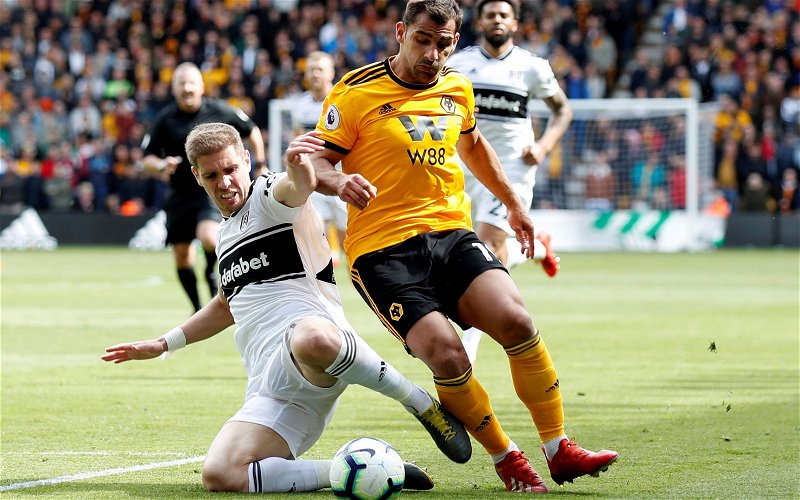 Express & Star journalist Luke Hatfield believes that Wolves will take a cautious approach with Jonny Otto upon his return from injury.

Wolves reported last month that the 27-year-old was doing well in his rehabilitation after cruciate ligament surgery and that they expect him to return next year.

Hatfield believes that Wolves will take a cautious approach with Jonny, telling This is Futbol: “I think they’ll be quite careful with taking their time with him because you know, if you get him back a month sooner, yeah, it’s brilliant, but if he suffers another setback or God forbid, another serious injury then you do wonder when you’re going to see him back playing and whether he’ll be the same player. So, it’s one they’ll have to take a cautious approach with, but he’ll be massive when he’s back.”

Wolves also reported that Pedro Neto and Yerson Mosquera, alongside Jonny, were continuing stepping up their rehabilitation during the international break and that the club had welcomed a few loan players back to train at the club.

Prior to losing their last game before the break against Crystal Palace, Wolves had been on a good run of five games without defeat, winning four and drawing one, with this good run of form helping them climb the Premier League table.