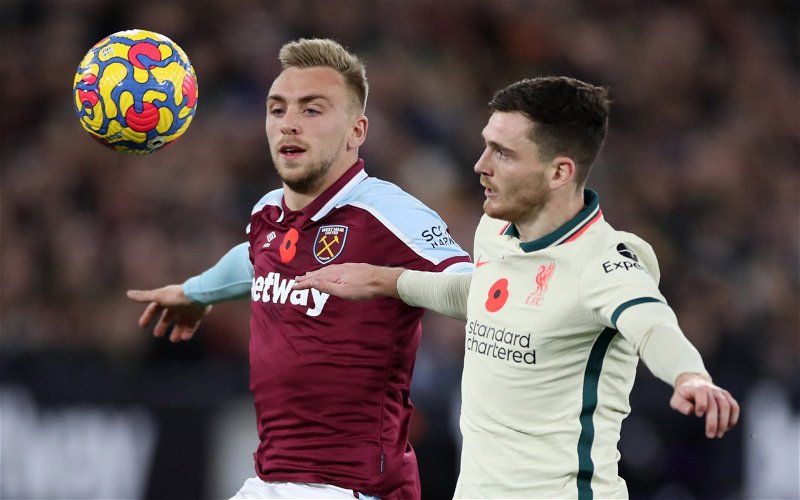 Bowen was excellent in West Ham’s 3-2 win over Liverpool last weekend, setting up two goals in that impressive victory at the London Stadium.

Going into the game, he was singled out for praise by Liverpool manager Jurgen Klopp, who told reporters, including The Athletic‘s James Pearce, that he likes the player a lot.

Will Liverpool make a bid for Bowen?

Klopp’s comments come after Pearce reported during the summer that Bowen was on the Reds’ radar and fits the club’s profile.

On the £27m-rated winger and that link to Liverpool, Palmer told TIF:

“He’s [Klopp] always made it clear that he likes the player. When a manager makes that statement and as openly as that, I’m sure he may well go back and make an offer for him.”

The January transfer window is, of course, coming up, but David Moyes will be desperate to keep hold of Bowen.

They certainly look to be in the race for Champions League football, so the last thing the east London club will want to do is weaken their squad, especially after Angelo Ogbonna’s anterior cruciate ligament injury.