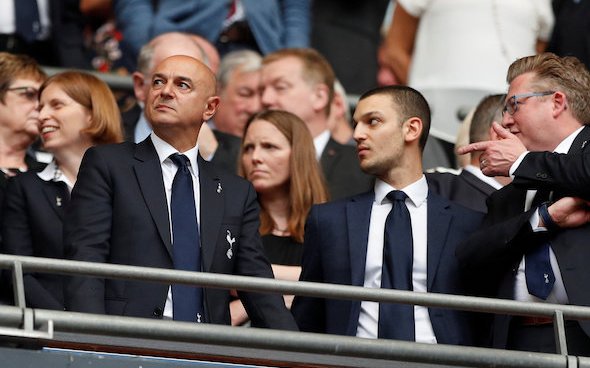 A lot of Tottenham Hotspur fans have flocked to Twitter to share their thoughts on the latest sponsorship news to emerge from the north London club.

On Monday, the Lilywhites confirmed an extension to their agreement with the betting company FUN88 as their official betting partner for Asia and Latin America.

Are you disappointed with the club for this?

The deal is set to extend the duo’s 10-year partnership, which will see the FUN88 brand advertised around the 62,000-seater stadium in north London on matchdays.

Spurs fans flocked to Twitter as the news was relayed by various accounts, but it was not taken kindly by many, with some showing their disappointment with the north London side.

“Disappointing that we have any gambling partners. Would be great if we ditched them all.”

@tanaysmith
“Having seen the Merson doc last week I’m not the biggest fan of betting partnerships to be honest. The market is the market at the moment though”
@ParkLower
“Eww”
@tottenbloop
“Poor. Should not have betting partners.”
@chrismalone1961
“We should have ZERO sponsorship from betting companies.”
@THFCtid_v2
“Not a fan of teams getting partnerships with betting companies considering how many people have betting/gambling addictions. Not a fan at all.”
@joshgracey98
“Thus is nothing to be proud of! “
@FunkyyyL

The Lilywhites currently sit slumped in ninth spot of the Premier League table but turn their attention to the upcoming game against Leeds United on Sunday following the latest international break.

It is apparent these fans are not impressed by the news and it is understandable given the Premier League’s betting sponsorship ban on club shirts set to take effect in the coming years.