TalkSport pundit Simon Jordan has given his views on Antonio Conte following suggestions he could be about to become the next manager of Tottenham Hotspur.

Following their loss at home to Manchester United this Saturday, Tottenham parted company with Nuno Espirito Santo after just four months in charge at the club, and a search for his replacement is seemingly already underway, with reports suggesting that former Inter, Chelsea, Italy and Juventus manager Conte is ‘in advanced talks’ to take on the role.

However, speaking about the matter on TalkSport, Jordan seemed pretty adamant that it was unlikely that Conte will take on the role:

Jordan was then told by host Jim White about the ‘advanced talks’ taking place between the two parties, and he appeared to be somewhat taken aback by the claim, hinting that he felt a move to a different Premier League club might have been on the horizon for the Italian instead:

“Paratici spent a lot of time with him at Juventus and has looked back into the relationship he’s had previously with him and gone ‘I can get this Italian guy. I can get into this guy and I can produce a different project’.

“Now, there’s gonna have to be a change in Tottenham. If we are now moving into the territory that myself and Danny [Murphy] are going to be staggered in, that Conte would rather choose Tottenham Hotspur over the potential inevitable opening that’s going to happen at Man United sooner rather than later, then I’m staggered.”

Is Conte the right man for Spurs? 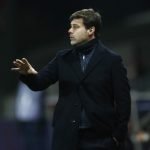 It should be noted Conte was previously a contender for the role back in the summer, reportedly holding talks with Daniel Levy and even getting as far as discussing personal terms.

And as Jordan hints, perhaps a move like this was done specifically to jump ahead of the Red Devils when it came to changing their manager, as reports had recently suggested that Manchester United had ‘sounded out’ Conte as a potential replacement for Ole Gunnar Solskjaer, and so Tottenham Hotspur have got desperate in their need to change manager now rather than risk him being tempted by the Red Devils.

If Conte were to be appointed, he would certainly come to the job with a winning mentality with the trophies that he has won throughout his managerial career – but whether or not he’ll be able to steady the ship at Spurs – who have had four managers over the course of the past two and a bit seasons and appear to be in disarray – could prove a very difficult task.

In other news: ‘Players are turning’, ‘Doesn’t want to be there’ – Many Spurs fans fume as details emerge