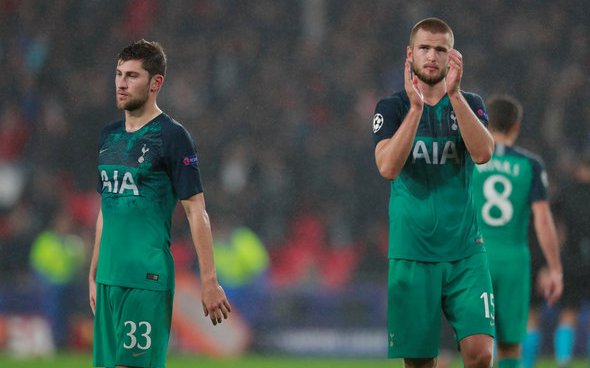 Many international football fans have been reacting to the performance of Spurs ace Ben Davies during Wales’ clash against Belarus in World Cup Qualifying.

Wales comprehensively beat Belarus at the Cardiff City Stadium on Saturday night to move up to second place in their World Cup qualifying group.

Ultimately winning 5-1, one player who, according to the fans watching at home, produced an excellent performance was Tottenham defender Davies, who scored his first Wales goal on his 68th appearance for his nation. Subsequently, many fans have taken to Twitter to praise the performance of the Lilywhites ace.

What did Spurs fans think of Ben Davies’ display vs Belarus?

“Seeing Ben Davies perform well is something we need desperately. Our only left footed centre back it helps Conte play his system perfectly”

“I hope Antonio Conte is watching this game. Rodon and Davies deserve to be starting in the Premier League”

“Time to thrive under Antonio”

“One week under @antonioconte and @Ben_Davies33 is the new Roberto Carlos!”

Spurs boss Antonio Conte will be hoping that Davies’ form can continue at club level when Premier League football returns later next week.

Whether it’s playing as part of a back-three as one of the centre-backs, or perhaps even more offensively as the left-sided wing-back, Davies’ versatility will surely be valued by Conte.