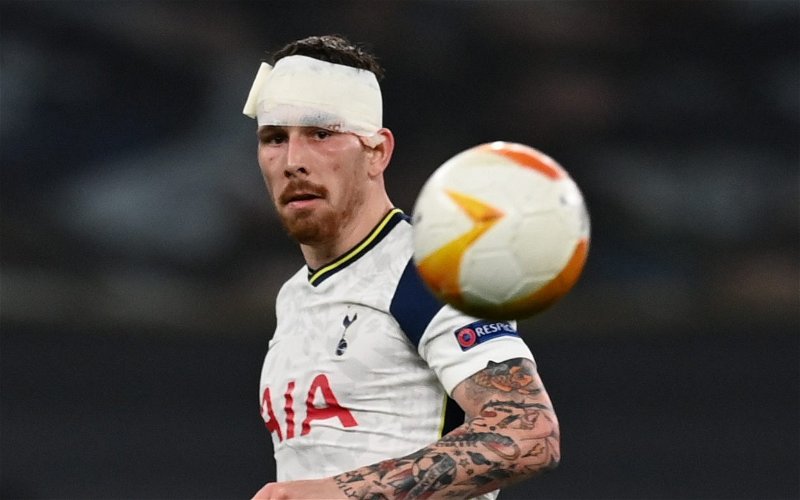 Many Tottenham Hotspur fans have reacted on Twitter to an image to emerge from their 0-0 draw at Goodison Park on Sunday.

Everton’s Mason Holgate played just eight minutes after replacing Allan late in the second half before being shown a straight red card for a foul on Tottenham’s Pierre-Emile Hojbjerg.

Is Hojbjerg good enough for Spurs? 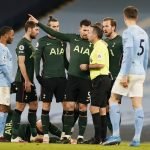 The 25-year-old defender cleared the ball from just outside the Toffees’ penalty area, however, his high follow-through caught the Danish midfielder around his thigh.

Initially, referee Chris Kavanagh awarded the defender a yellow card but upgraded it to a red after being referred to the monitor by VAR Jonathan Moss.

And Spurs fans have taken to Twitter to share their anger with the Everton defender for the reckless challenge on Hojbjerg.

“Shameful that this even had to go to VAR”

Antonio Conte’s first Premier League game in charge of the Lilywhites saw his men unable to register a shot on target as they remain slumped in ninth spot of the Premier League table.

There is little surprise these Spurs fans were left furious with the Everton centre-back given Hojbjerg is such a key member of the Spurs XI having played every single minute of Premier League football since signing for the Lilywhites (via Transfermarkt).