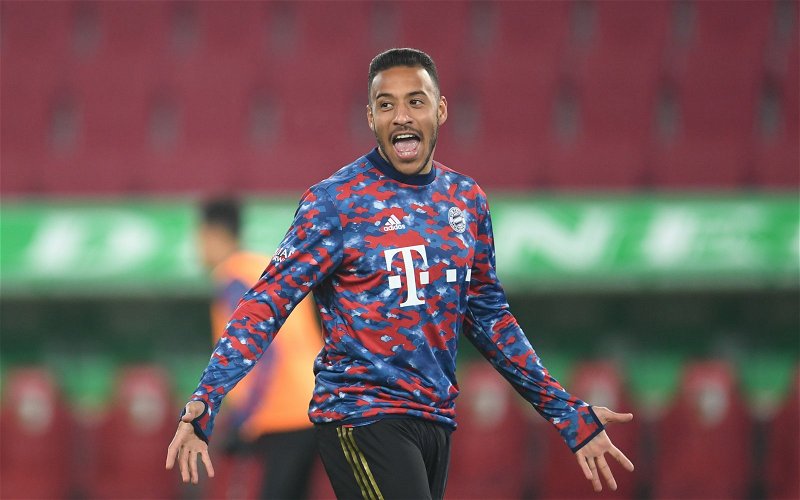 A lot of Tottenham Hotspur fans have taken to Twitter to voice their thoughts on a transfer claim linking them with Bayern Munich star Corentin Tolisso.

According to Kicker, Antonio Conte’s side remain interested in signing the French 2018 World Cup winner as the new Spurs boss looks to add real quality to his squad.

The report also outlined that Inter Milan are also keen in securing Tolisso’s signature,  with the midfielder’s current contract due to expire at the Allianz Arena in the summer of 2022.

The 27-year-old, labelled as ‘dangerous’ by Jean-Pierre Papin, can play as a defensive, central or attacking midfielder and was previously linked with a move to Tottenham over the summer.

Spurs fans have subsequently taken to Twitter to react to the claims they are interested in a move for the French ace.

“If Conte wants him I want him”

@D1V1D3DxFLASH1
“Finally someone worth getting”
@thfc_da_rapid
“Siuuu”
@icydele
“Ok”
@sonaldothfc
“These rumours are really heating up… I do think he would be an asset to Spurs. He just has to stay fit (as in not injured, not a ketchup issue)”

Tolisso only played 262 minutes across eight appearances with Bayern Munich this campaign, however Spurs director Fabio Paratici remains a admirer of the former Lyon midfielder, trying to previously sign him at Juventus before the player moved to the Allianz Arena in the summer of 2017.

Midfield is an area Spurs could be looking to reinforce in 2022, with  the futures of the likes of Tanguy Ndombele and Dele All at the north London outfit remaining to be seen and aiming to sign Tolisso on a free next summer could prove to be an incredible shrewd one by the Lilywhites.