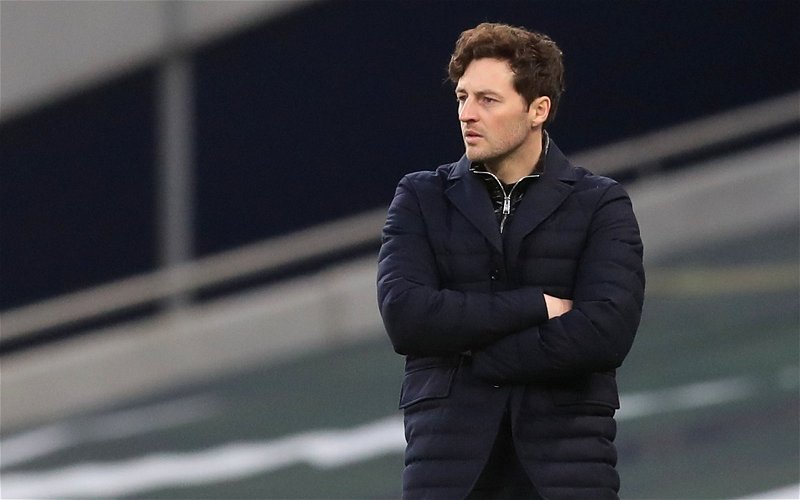 A lot of Tottenham Hotspur fans have taken to Twitter to voice their delight at the latest news to emerge following Antonio Conte’s appointment on Tuesday.

Spurs sacked Nuno Espirito Santo on Monday morning and acted quickly to bring in the former Inter manager, however, within Conte’s announcement statement, it was said that information on his backroom staff would follow.

Were you impressed with Conte's first game?

And on Thursday, the north London club confirmed the Italian would be taking on six members to his coaching staff – the most noteworthy of them being former Tottenham midfielder Ryan Mason.

The 30-year-old had previously been working as the academy’s head of player development and even as the interim manager when Jose Mourinho was sacked (via Transfermarkt).

However, with Conte now at the helm, Mason has been awarded a promotion which will see him working alongside the Italian as a first-team coach, and these Spurs fans shared their delight on Twitter.

“This is so amazing for him!”

@dandadan182
“We are winning the league now”
@Matthew48888047
“Great news congrats”
@thfc_paul_
“I’m so happy for him.”
@alboythfc
“Absolutely fantastic news to have Mase with the first team permanently now. Wealth of knowledge as a player + coach and will only help the process. Superb set-up at Tottenham right now.”
@gatzavida
“Wow brilliant news for him”
@_thfcmtt_

The Lilywhites got their first win of the Conte era under their belts on Thursday night in the Europa Conference League against Vitesse, which saw them climb up into second spot in Group G.

It is apparent these Spurs fans are delighted to see Mason given the opportunity as a first-team coach, though it is not surprising the news got this reaction given the former midfielder is a product of the Spurs youth system.