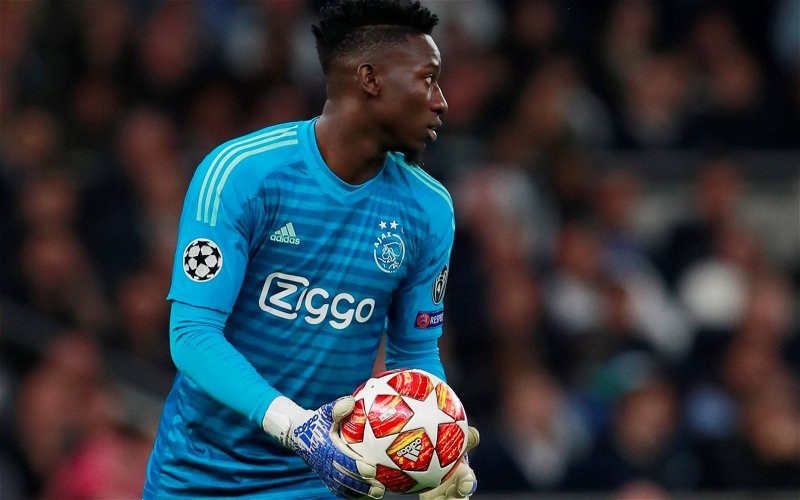 A lot of Tottenham Hotspur fans have flooded to the latest transfer claim to emerge on Twitter ahead of the January window with Antonio Conte now in charge.

According to 90min, Conte would like the north London club to sign a new goalkeeper and has Ajax’s Andre Onana on his shortlist.

The 25-year-old has been out of action for a number of months now after being banned from playing due to a doping violation, but has since had his ban reduced to nine months.

Onana has been heavily linked with a potential switch to Serie A, with Inter said to be a potential landing spot for the goalkeeper.

Spurs fans flocked to Twitter as they shared their delight at the claim emerging despite currently having a World Cup-winning goalkeeper starting for them in Hugo Lloris.

Current Spurs number-one Lloris is now playing into the final year of his deal with the Lilywhites, while the north London side acquired Pierluigi Gollini in the summer on an initial loan deal.

However, despite Lloris still being a prominent feature in the Spurs starting XI, it is apparent these fans would love to see the Cameroonian goalkeeper between the sticks at the Tottenham Hotspur Stadium.