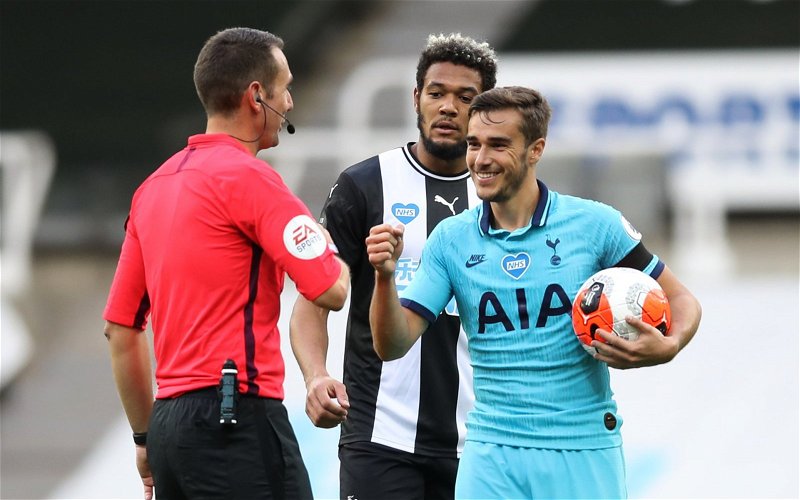 Transfer reporter Fabrizio Romano has been speaking on the latest episode of his Here We Go podcast about Harry Winks’ start to life at Tottenham Hotspur under Antonio Conte.

One team which was discussed was Tottenham Hotspur after the Lilywhites secured their first Premier League win under the Conte era.

One player to feature for the full 90 minutes of the victory against Leeds United was Winks, with the midfielder having been stuck on the Spurs bench for the majority of the league campaign (via Transfermarkt).

With the January transfer window quickly approaching, Conte has arrived at Spurs with just over one month to assess the squad he has inherited before deciding if any additions need to be made.

Discussing the mood in the Spurs camp following the Italian’s arrival, Romano had the following to say on some of the individuals said to be extremely pleased by his arrival.

“I can tell you that the players, many players – for example, I want to take the example of another one, because it’s easy to mention top players like [Sergio] Reguilon, [Harry] Kane, but for example, Winks is a player that now he’s loving his Tottenham life with Antonio Conte, I’m told.

“And many others are super excited with Conte as a manager, because they feel when you have Antonio Conte, you feel that you can do something special.”

We are extremely interested to see whether Winks will become a permanent feature in the Spurs starting XI now Conte is in charge or whether the Leeds game will remain a one-off due to Oliver Skipp’s suspension.

Winks has not been a regular member of the starting XI since the 2019/20 season, which saw him feature 31 times in the Premier League (via Transfermarkt).

We feel the January transfer window may potentially come too early for Conte to make his mind up on a player like Winks, but with reported interest in the player from elsewhere, could Daniel Levy look to offload him?