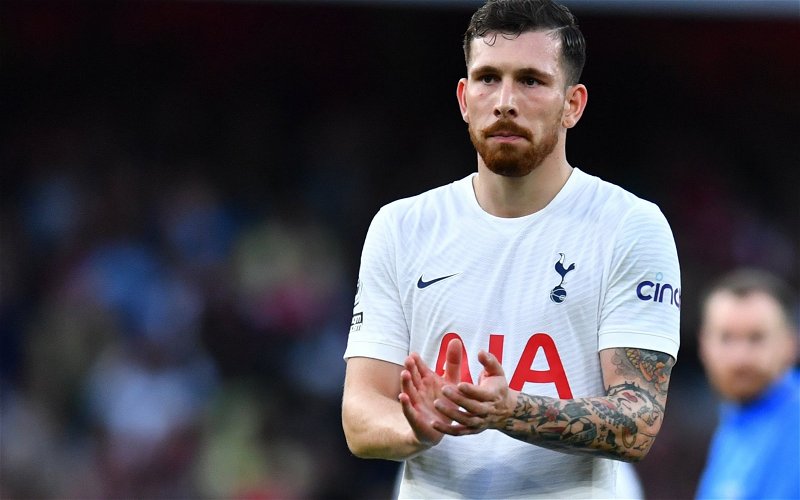 Tottenham Hotspur correspondent Alasdair Gold has been speaking on his YouTube channel to discuss all things relating to the north London club.

Spurs turn their attention back to Premier League action after the latest international break with a clash at the Tottenham Hotspur Stadium against Leeds United.

Would Hojbjerg be a big miss for Spurs? 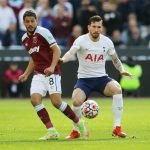 However, the Lilywhites have been hit by a potential injury concern, with Danish midfielder Pierre-Emile Hojbjerg a possible absentee for the game against Marcelo Bielsa’s side.

The 26-year-old has been a prominent figure in the Spurs midfield following his switch from Southampton, having played every single minute of league action since joining (via Transfermarkt).

The midfielder’s injury concern saw him miss both of Denmark’s World Cup qualifiers in the latest international break, and Gold had the following update to provide.

“He got that rather unpleasant kind of challenge, the Mason Holgate one that got him sent off in the Everton game.

“And yeah, he was still called up by Denmark, Hojbjerg. But he was kind of on the proviso that he wasn’t going to play against the Faroe Islands in the first game.

“I’ve spoken to a couple of Danish journos that cover the national team, and they said, from what they can gather, it doesn’t appear to be a serious thing, just that Denmark have already qualified for the World Cup, so there was no need to potentially risk him. So he’s come back. So hopefully, that works out for Tottenham and he’ll have had a full two weeks to rest and recover.”

Since arriving at the north London club over one year ago, this could be the first time in which the Spurs manager will find himself without the 26-year-old available for selection.

And we are interested to see what a Spurs midfield would potentially look like without Hojbjerg in it. Oliver Skipp has been a regular in the team this season, so we would expect him to maintain his spot in the starting XI.

However, would Hojbjerg’s potential absence see a previously out-of-favour Harry Winks make a return to the XI, or would Tanguy Ndombele or even Giovani Lo Celso make their first starts under Antonio Conte? It may be that the Italian could have some decisions to make as he seeks a first Premier League win at Spurs.