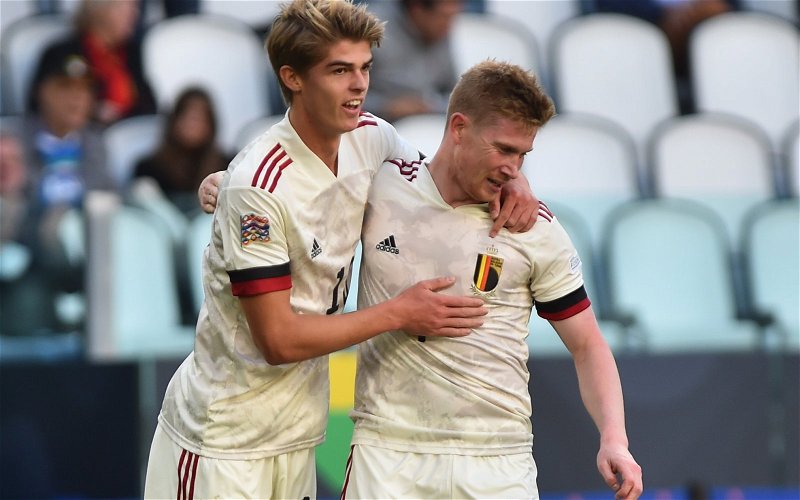 Many Tottenham Hotspur fans are very happy on Twitter to see they are being linked with Charles De Ketelaere.

Over the summer, Nuno Espirito Santo reportedly wanted to bring in a new strike partner to play alongside Harry Kane, with Danny Ings linked, although they only managed to bring in players to help bolster their backline and one midfielder in Bryan Gil.

Now though, with Antonio Conte at the helm, the transfer strategy could be completely overhauled as Fabrizio Romano has claimed the manager and Fabio Paratici will work together on the transfer front.

An area they may well look to target is at centre forward given their severe lack of depth coupled with Kane’s atrocious form in the league, so seeing Calciomercato linking them with a move for youngster De Ketelaere, might come as no surprise.

A lot of Tottenham fans are delighted on Twitter to see their club being linked with De Ketelaere.

“a star in the making”

“so much better than vlahovic”

“Yoo pls sign him.. He was soooo goood against PSG in brugge!!! Fabio make it happen”

“He’d be an insane signing omds what a player”

De Ketelaere may not be the out and out striker that these Spurs fans would be hoping for given he’s played as a centre forward, left-winger and midfielder so at 20-years old he may still be finding out his best position and that he needs a lot of time to learn and develop.

If Spurs could attract someone of De Ketelaere’s calibre given his young age and that he’s started all of their Champions League games, so he has a lot of experience already and he could well be a suitable understudy to Kane for the time being.