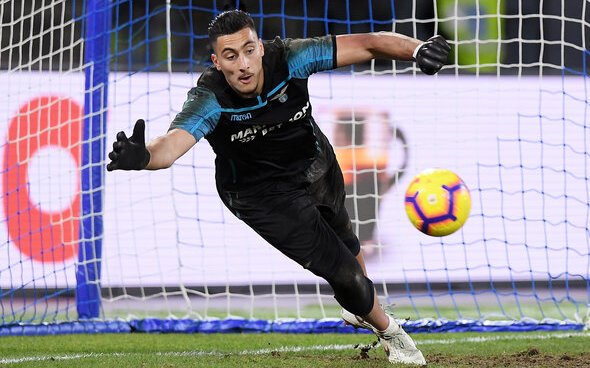 Newcastle United fans will have a busy time from now until the end of January trying to keep up with transfer rumours and developments each day.

At the best of times, the January window can he hectic, especially for teams fighting relegation. Add the richest owners in football to that cocktail and it’s sure to be a rollercoaster for the Magpies when we hit 1st January.

Sky Sports DE claimed that the Toon were preparing a huge bid for Marc-Andre ter Stegen. Adding to the audacious links we’ve seen to Philippe Coutinho and Ousmane Dembele.

Fast forward 24 hours, and another goalkeeper is linked to the Magpies. This time Lazio’s Thomas Strakosha is the player in question (NUFC360 via Alan Nixon).

“I know these owners are new but the way these rumours are gannin on, at this rate they’ll have bought 11 outfield goalkeepers before buying players in any other position… Howay man!!!!” @IRVCHESTER

“Why do we keep getting linked with keepers? The one position we can probably afford not to improve.” @liosi

“We were linked with him months ago too. Maybe hoying the same names. Throw enough darts etc.” @samwi91

“We don’t need a keeper.” @in_geordie

“We need a midfield enforcer in the mould of Kante or Ndidi. We need a centre back with pace and is comfortable on the ball. We need back up for Wilson. Anything else is a bonus and I would be looking at u21s and younger who won’t need registering in the 25.” @ISimpson73

“We need a left back, centre back, right back, defensive midfielder and midfielder. Nice to have a good striker to back up Wilson. If we can stop shipping goals we’ll be fine.” @neilrobber

Any transfer window is critical, but the January window for Newcastle seems just that more important than usual. Owners with an eye-watering amount of wealth won’t want to be spending Premier League fees/wages if the club ultimately finds themselves in the Championship next season.

When the general consensus of the Newcastle faithful is that they need to improve a number of key positions prior to a new goalkeeper, it is obvious to see why they’d be this angry at goalkeeper links breaking on a daily basis.