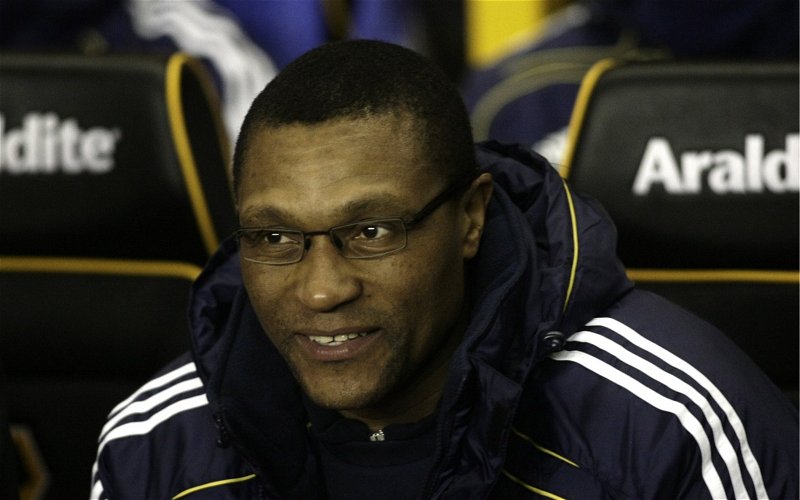 Newcastle United journalist Liam Kennedy has provided his take on the club’s search for a director of football following reports surrounding Michael Emenalo.

Newcastle have gone through a number of changes at St. James’ Park in recent months. First, there was the completed takeover by the Saudi Arabian Public Investment Fund (PIF), which was followed by the appointment of Eddie Howe as manager.

The next step when it comes to change is set to be in the form of a new director of football, with some reports suggesting that former Chelsea and AS Monaco man Emenalo could be the man to take on the role.

There have been some claims suggesting that he could be in place by the time this weekend’s game against Brentford kicks off, but speaking on the latest edition of NUFC Matters, Kennedy seemed to play down the suggestion that a deal could be done quickly, based off the information that he had been able to gather from his sources.

He said: “When I put that name to them last week, there seemed to be a little bit of playing down a bit. Look, I can’t guess, I’m not going to start guessing, but the Emenalo stuff looks very Fonseca-like in its manner, in which there’s a lot of noise coming from one end and not as much coming from the other. Look, I hope it is true.

“My information on the Emenalo stuff is well-sourced, so we’ll have to wait and see, we really will. I think it’s obvious to everybody out there, if we’re going to be honest, that they want some kind of director of football in place. And I think they’ve got names that they want. I think it’s a key thing, especially before January.”

Would you want Michael Emenalo as director of football at NUFC?

Based on Kennedy’s comments, a deal doesn’t seem to be as close to completion as other outlets might be suggesting. However, you would hope that it is a deal that Newcastle can get over the line as soon as possible.

Given Emenalo’s track record of bringing in big-name players such as Eden Hazard, Cesar Azpilicueta, Thibaut Courtois and N’Golo Kante during his time at Stamford Bridge (via ESPN), you can see why they would be taking an interest in him as they look to build a squad that can match the club’s high ambitions.

And with the January window getting closer, he will need as much time as possible to get used to the club, the players that they need and the negotiations that need to take place.

So it is imperative that he can start the role as soon as possible, especially given where Newcastle are in the table and how important the January window will be in giving themselves a chance to stay in the Premier League.