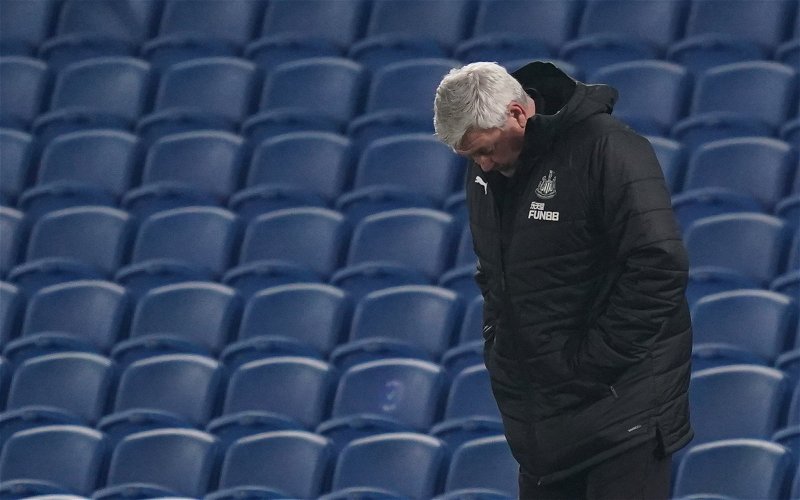 Graeme Jones has been in charge as Newcastle United caretaker manager ever since the end of Steve Bruce’s tenure.

Many Newcastle fans were glad to see the back of Bruce, with big names being branded about after the extortionate wealth of the new owners. While Unai Emery ruled himself out of the running, Eddie Howe is now being tipped to take over at St James’ Park.

While there is no official word on a new manager, Graeme Jones continues his spell as interim boss as he takes his side to the south coast to play Brighton & Hove Albion. Jones took the pre-match press conference as normal as he awaits a new manager’s permanent appointment, and fans think they picked up on him having a dig at Steve Bruce.

The comments made by Jones were in response to a question about Eddie Howe, the man who is on the verge of signing a contract according to Fabrizio Romano.

Jones said: “If it is Eddie, I know he lives for the game & it’s his whole life. If you think you can come to Newcastle & do it part-time, you’re mistaken. It requires every ounce you’ve got. He’s intense & has exceptional PL experience.”

“Love a dig at Bruce and his part time training methods.” @agbnufc_

“Is that a dig at Bruce? Days off because he couldn’t be bothered with the commute and going off on holiday when the chips were down.” @andym5588

“That’s another dig at Bruce isn’t it?! Jesus.” @NUFC_scouting

While the Toon Army appear to be getting behind Jones for his honest and transparent interviews, there’s no doubt they’ll still be desperate for a new manager to be announced as soon as possible given the perilous position they find themselves in.