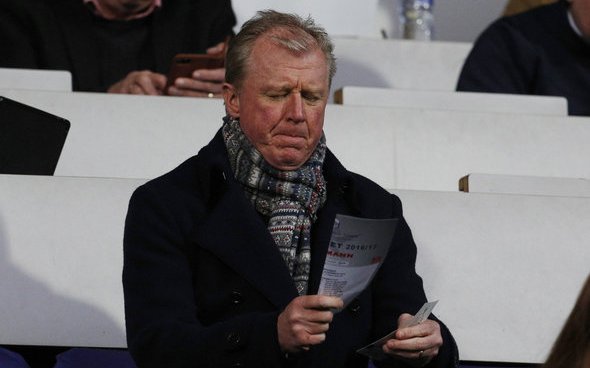 A number of Newcastle United fans have been left dumbfounded after former manager Steve McClaren offered some new insight into his time with the club.

In March 2016, the manager was sacked from his position with the Magpies having won just six of 28 Premier League games in charge. His replacement Rafael Benitez could not save the club’s season as Newcastle ultimately got relegated.

Now, speaking in an interview with the Chronicle, McClaren has revealed some key details for why his time at the club went so poorly.

Notably, he explained why morale within the side may have been so bad. He said: “You talk about trust, trust with your staff, and I didn’t find out until weeks and weeks later when the season started that all the staff – the tea lady, the chefs, the groundsmen, whoever – they had to pay for a ticket so no one was going to the games.

“All the hard work they did Monday to Friday, they never saw the fruition of that work on a Saturday because they never went to the games.”

The quotes were later shared online by NUFC360 and it’s safe to say the Magpies supporters were not happy with what they had heard.

Here’s what the Newcastle fans said…

@WhitleyLodgeSno
“Disgusting. Nothing shocks me with Ashley….”
@joshuaxldn
“Astonishing stuff. Steve McLaren says that under Mike Ashley many of the staff never received free tickets to watch #NUFC play. No wonder they were pleased about the takeover.”
@RalphBlackburn
“Wow.”
@MrAliHenderson
“Cause Mike Ashley was a greedy man.”
@mrobbo629
“Remember we should have been grateful for Mike”
@DANGERUS_DAVEY

It’s details such as these that will have made the Newcastle fanbase so relieved to see the Mike Ashley era come to an end at last.

It’s impossible to know what the future holds for the club, but such is the wealth of the club’s new owners, it’s fair to expect the non-footballing staff will be treated with tickets to the side’s games.

That would certainly be one way to help a sense of joy return to the club as they push for survival in this season’s league campaign.