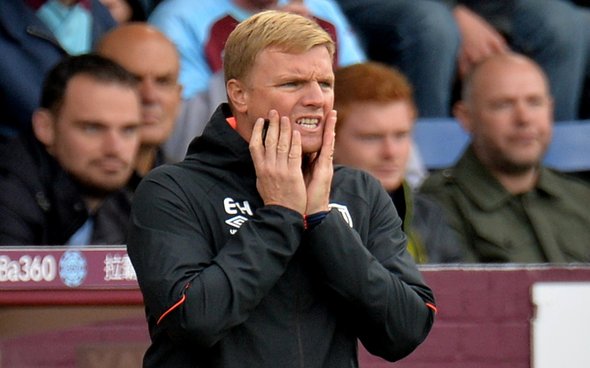 Newcastle United fans have taken to Twitter to slam new manager Eddie Howe after a disappointing 2-0 defeat to Arsenal on Saturday afternoon.

Premier League management is an unforgiving job at the best of times, let alone when you are in a relegation scrap with who are now the richest club in world football.

Howe has seen his new side secure a point at home to Brentford in a six goal thriller, before crumbling to a 2-0 defeat at the hands of Mikel Arteta’s Arsenal side at the Emirates.

The results leave Newcastle rooted to the foot of the table, remaining the only club in the top four divisions in England yet to win a game all season – an incredibly damning stat for Howe in his hunt for survival with the Toon.

What did the Newcastle fans say?

“Would have thought a change of management would get different results… Looks like Bruce was right all along.” @jackslatr

“He won’t last long if he continues with tactics like that.” @Oliverr4567

“LOL we’re down, I dunno what he’s waffling on about. His team selections and tactics are as suspect as Bruce.” @grahamspeight1

“Looking forward to playing Boro next season. That’s our level at the moment.” @JohnHun36737685

“Wrong manager for the club… Should have asked Benitez instead.” @ImtiazModak

“Eddie Howe is not good enough. You need to replace him ASAP.” @Shinobi1810

It’s clear from the end of Steve Bruce’s tenure and the start of Howe’s that the culture is becoming toxic on social media with Newcastle fans.

They feel entitled to Champions League football now they have money, but that’s not realistic. Looking at where the club is currently would be. They’re one of the worst sides in the league facing an uphill battle for survival, winning every week isn’t going to be the case. Also, what top manager would have risked his reputation by joining? None of the elite would want to risk a year in the Championship.