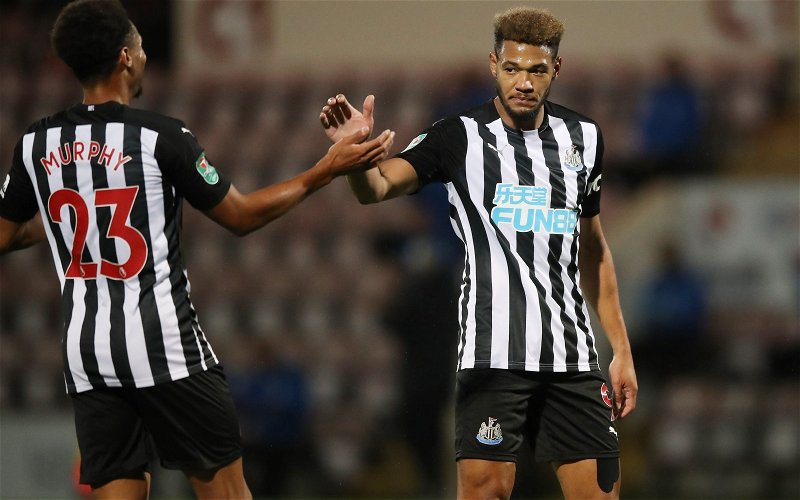 A number of Newcastle United fans have been left really impressed after some stats emerged showing the quality of striker Joelinton.

With new boss Eddie Howe looking on (albeit from home), the Brazilian would have made a good early impression during the 3-3 draw against Brentford after scoring the Magpies second goal of the game.

Now, exact details of his heatmap have been shared online by the official Newcastle Twitter account, showing that his contribution to the team went far beyond just the goal he claimed.

Will Joelinton flourish under Eddie Howe? 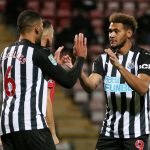 After spotting the impressive statistical analysis, many United supporters were happy to share their thoughts on the player in the comments section.

“Absolute legend, could honestly save our season if he continues to play the way he did on Saturday.”

@Joe_NUFC_
“His best game by miles so far. Howe has obviously instilled some confidence into the lad. Onwards and upwards hopefully.”
@Grayzo17
“Thanks for this. I asked for the heat map because I could see that J7 was here, there and everywhere. This proves he has taken up the challenge of improving himself on and off the field. I’m a big fan of Joe7.”
@GeoffoChapman
“He was everywhere on that pitch. I’m one of his biggest critics but he was sensational. Of course the slip was a shame but it shouldn’t cast a shadow on his performance.”
@ethren24
“He was unbelievable Saturday, J7 our 40 mil Brazilian.”
@olliemaxwell14
“He was phenomenal on Saturday.”
@GEORDIELAD16
This was Joelinton’s first goal of the season, and indeed his first successful effort since May. He will surely be hoping it is a sign of things to come under his new boss as well.

With Newcastle still seeking a first league win of the season, they really need to start picking up points soon – they have just six points (all from draws) after 12 games.

If the Brazilian can begin to find the net with more regularity in the coming months, he could become an integral part of his team’s push for Premier League survival.