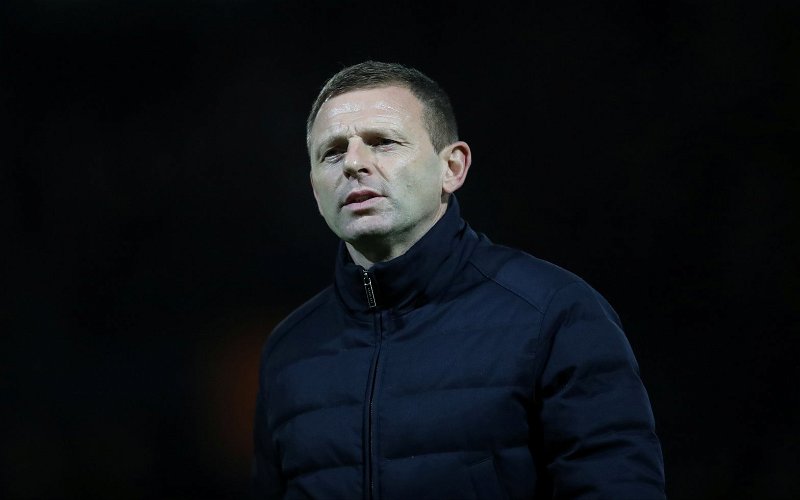 Newcastle United’s hunt for Steve Bruce’s successor rumbles on, with Eddie Howe still yet to put pen to paper.

It’s reported the main stumbling block is the technical staff (via Fabrizio Romano). The longer this goes on, the more people are starting to think interim boss Graeme Jones is the issue.

Journalist Luke Edwards believes that Jones is fearful of losing his place at the club all together if a new manager comes in, hence why he says he’s been assured he’s staying on in every interview. This creates a worry for the Newcastle faithful, with many believing he should walk away/be sacked.

How the Newcastle fans reacted to Graeme Jones

“If he genuinely thinks that Lascelles, Clark, and Krafth are better than Fernandez and Schar then I’d be quite happy for him to get the boot tbh.” @TartoonArmy

“Why persist with the defence that’s taken us to second bottom? They aren’t up to the task and bringing Shelvey back… Why? Bloke is miles off the pace and way past his best just pumping long balls forward.” @Tonymcgee1971

“Hopefully he doesn’t. We need a clean slate.” @ImRobM

“Hopefully he walks along with the two Steve’s and Mr Charnley. Rid the club of the past and the negative mentality around it and allow Howe to start fresh.” @kevnufc1983

“Have a feeling he is on his way out, he had three games to put his spin on things and decided to stick with Steve Bruce’s way.” @Green Geordie9

It’s clear that many Newcastle fans would be happy to see the back of Graeme Jones. It’s hard to not feel sorry for him, but that’s the unforgiving nature of football management/coaching. It’s widely accepted that new managers will always have their own backroom staff they want to bring in, putting those that survive the last reign at risk.

If Eddie Howe doesn’t sign a contract, and Graeme Jones is the reason, then I can’t see a way back for him with the fans anyway, whoever they bring in as the next permanent manager. If by an unlikely turn of events it’s Jones himself, I can’t see the fans backing him.