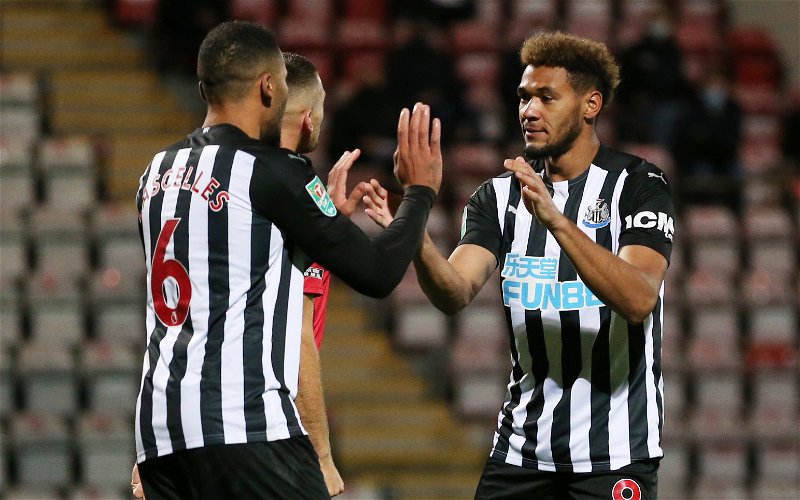 Newcastle United may have been unfortunate to not come away with all three points from Brighton & Hove Albion, but Ciaran Clark’s performance infuriated fans.

Just over 20 minutes into the game, Clark conceded a penalty for bringing Leandro Trossard down. It was clumsy from Clark, who kicked his man first, then tugged his shirt as the Belgian looked to get a shot away.

At first the referee waved away the protests, but after taking a second look on the VAR monitor, David Coote pointed to the spot, and Trossard made no mistake from the smashing it home.

Some would argue it was a soft penalty and Trossard was looking for it, but when you fly in like Clark did, you always run the risk of conceding a penalty. You should never even give the referee a decision to make there, keep your composure and don’t dive in.

“Clark & Lascelles the two players all the fans knew not to start, but the manager didn’t.” @cal_1989

“Was a harsh pen. Clark though isn’t even a Championship player. Reason Rafa didn’t even give him a place on the bench.” @PawlMartin

“That’s what you get for picking that liability Clark.” @Lanky_Longstaff

“Clark shouldn’t be on the pitch to start with.” @Aaron_Kainth

“If Howe is as meticulous as claimed, Lascelles, Clark and possibly 3-4 more should never pull on the shirt again. Unforgivable” @BorderJasper

Despite getting the assist for the equaliser, the Newcastle fans are clearly far from impressed with Clark overall. The general consensus seems that they would be happy if he didn’t play again, especially with Fabian Schar at the disposal of the incoming manager.

There was no holding back from the fans on social media, with plenty of criticism for the central defender.