Manchester United: Duncan Castles on how Julen Lopetegui could land the job 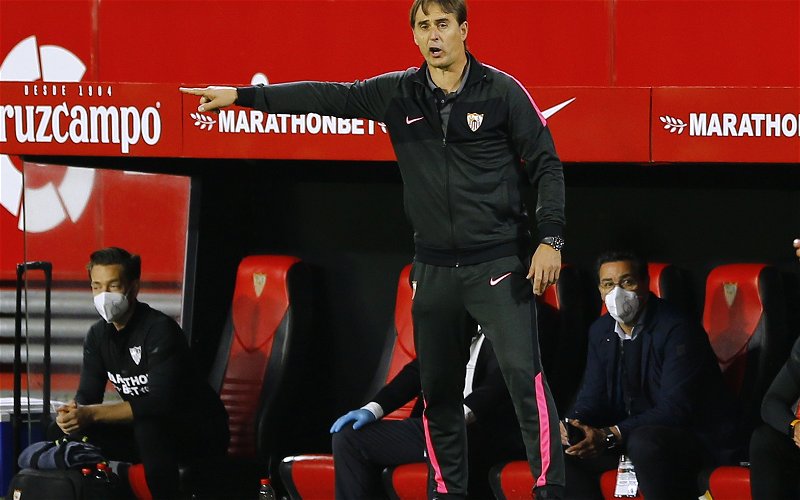 Duncan Castles has been speaking on The Transfer Window podcast about how Manchester United could appoint Julen Lopetegui as their new manager after sacking Ole Gunnar Solskjaer.

United parted ways with the Norwegian after their defeat against Watford and things already appear to have improved, with Michael Carrick handing Jadon Sancho a start, which saw him smash in his first goal for the club against Villarreal, as they also managed to keep only their third clean sheet in any competition this season.

Who would you rather as Man United boss?

The Red Devils have said that they’re currently searching for an interim manager instead of an immediate long-term appointment, which has seen them reportedly contact former Barcelona boss Ernesto Valverde to take the reins until the end of the season.

However, according to Castles, there could be another Spanish manager on their shortlist for this season, as Sevilla manager Lopetegui would be available to the Red Devils for just €5m (£4.2m), as that is his release clause with the La Liga outfit.

Castles spoke on the podcast about how Man United had also contacted Lopetegui before the Valverde news broke.

“One that’s been proposed to them as an immediate solution is Julen Lopetegui, who they could hire from Sevilla by paying his €5m release clause.

“He would be available immediately, I’m told he would take that job if offered, and I’m also told that United have not turned down the opportunity.

“They’ve talked about it with his representatives, they’ve expressed an interest, they’ve made it clear that he’s not first-choice, but they’ve not said no to it.”

Being able to appoint one of either Lopetegui or Valverde would be a huge coup for Man United, even if it was until the end of the season, as their CVs speak for themselves in terms of the teams they’ve managed, while the respect and experience they’d bring to Old Trafford could be what the club need to drag them into the top four come May.

It may be more likely that they move for Valverde as it wouldn’t make a lot of sense to shell out on a release clause for Lopetegui, only to then let him go at the end of the season and the Spaniard then being out of a job come the summer.

In other news: ‘He’ll be pushing’ – Journalist reveals manager that ‘most powerful person’ at MUFC wants