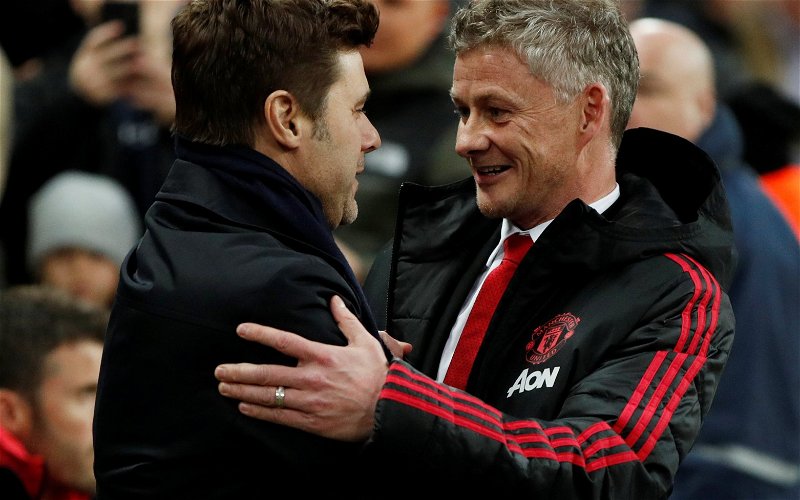 Football insider Fabrizio Romano has been speaking on his YouTube channel to discuss the latest in Manchester United’s search for a new manager.

Who do you want as the new manager?

The pressure had been piling on Solskjaer for a number of weeks following a poor run of form which had seen United win just once in their last seven league games.

And one name which has emerged as an early candidate for the job is the current Paris Saint-Germain manager and former Tottenham Hotspur boss, Mauricio Pochettino.

Michael Carrick has been appointed as the interim manager at Old Trafford, but discussing the latest on United’s search to replace Solskjaer permanently, Romano had the following to say on the United board.

“They have opened the main talks during the weekend to understand who could be the new manager till the end of the season. And I can confirm that Mauricio Pochettino is highly rated by [the] Manchester United board.

“I have said many times here on the videos on YouTube and my platforms, he’s super appreciated by Manchester United board, but it depends on the position of Paris Saint-Germain.”

We were seriously impressed with what Pochettino was able to do with Spurs over the course of his time in north London as he guided them to consistent Champions League finishes in the league.

However, reports have emerged suggesting Pochettino is not enjoying having to deal with the egos of Kylian Mbappe, Lionel Messi and Neymar at PSG. This is a slight concern to us, given United currently have some huge players at the club like Cristiano Ronaldo and Paul Pogba.

Although Pochettino never won a trophy at Spurs, he has since picked up two at PSG and is currently 11 points clear at the top of Ligue 1. However, reports suggest he is open to leaving PSG and we think this would be a real shame if he was to leave with the Parisians in such a strong position.