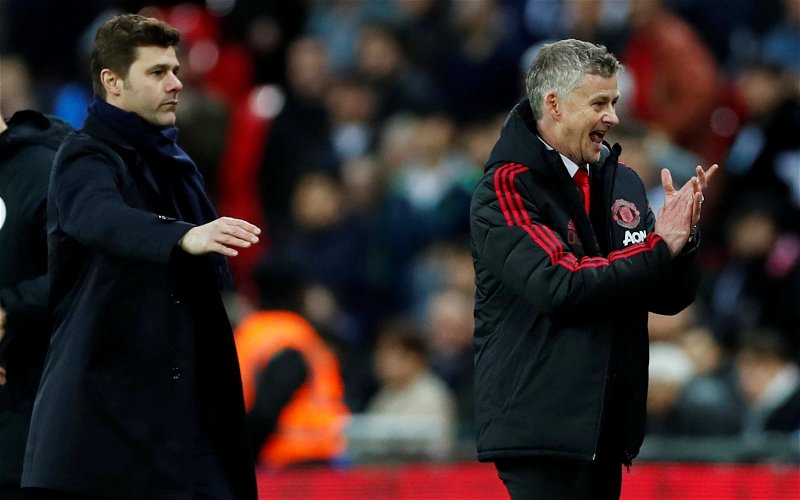 Dean Jones has been speaking on The Done Deal Show about which manager Sir Alex Ferguson wants at Manchester United.

Ole Gunnar Solskjaer was finally relieved of his duties last week after Manchester United were embarrassed at Vicarage Road by Watford, losing 4-1 and seeing captain Harry Maguire sent off for picking up two bookings.

Who would you rather as Man United boss?

This means that Man United are now on the hunt for their fifth permanent manager since Sir Alex Ferguson retired, and if reports are to be believed, PSG boss Mauricio Pochettino is seen as the favourite to land the job, and that would seemingly please their former man in the dugout – although the club have since been linked with appointing ex-Barcelona manager Ernesto Valverde on an interim basis.

Jones has been speaking about how Sir Alex Ferguson wants Pochettino to succeed Solskjaer.

“Ferguson is still, kind of, the most powerful person in these conversations. He’s the only person that’s actually got the experience of winning anything at Man United; he’s the only one that understands what it takes to lead a group of players.

“So all these people that we talked about at the start have got to lean on his advice, which he will be giving, and I reckon that he will be pushing Pochettino forward and I think that that’s why Man United will probably be quite happy for these Pochettino rumours to be out there right now.”

It appears that Ferguson may have quite a big role to play in Man United’s search for a new manager, and given how successful he was at Old Trafford, it would be bizarre for the club to not take advice from him.

If Man United are to get Pochettino, it’s not likely to be in the near future as the club have said that they are currently looking for an interim manager, whereas someone such as Pochettino would be a permanent and long-term appointment.

To prise Pochettino away from PSG – where he has players such as Neymar, Lionel Messi and Kylian Mbappe – will certainly not be easy, but the opportunity to come back to the Premier League could also be huge for the former Tottenham Hotspur manager.

In other news: ‘What I’m told’ – Romano drops big MUFC manager update on ‘one of the names on the list’