Liverpool: Chris McLoughlin claims Gini Wijnaldum has not been replaced 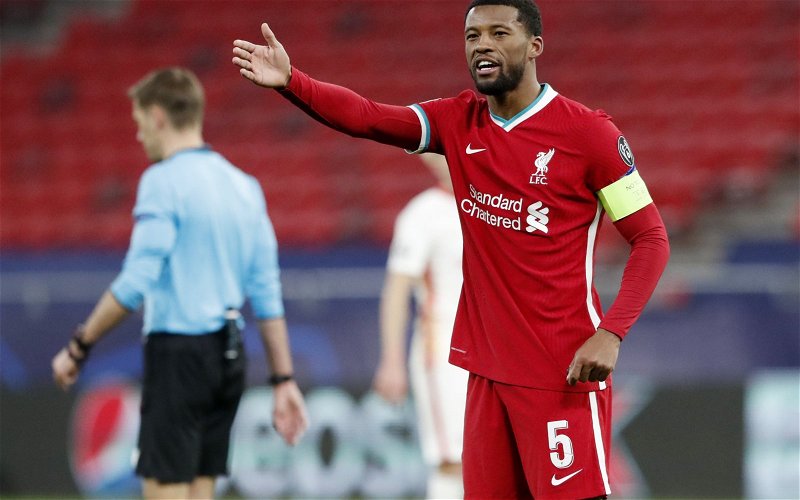 Liverpool writer Chris McLoughlin has claimed that the club have still not replaced Georginio Wijnaldum, who departed in the summer.

During the last transfer window, the 30-year-old left the Reds to go and play for Paris Saint-Germain after his contract had expired.

With centre-back Ibrahima Konate being the only signing Liverpool made in the summer, they quite literally did not go out and replace Wijnaldum.

However, Jurgen Klopp may have felt his team had enough midfield options already available in the squad. Teenager Harvey Elliott actually broke into the team to claim a position in that role, but a long-term injury has ruled him out of contention for a while.

While talking after the recent 3-2 loss against West Ham United, McLoughlin claimed that without Wijnaldum, the club miss the ‘control’ he gave to the team, as well as that ‘extra know-how’ he provided. 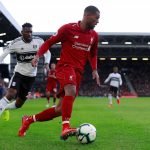 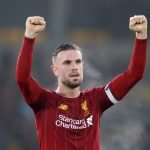 He told The Red Agenda podcast: “Whereas in previous years when Liverpool have been successful under Klopp, they’ve controlled games when they’ve either been level or have been leading, they’ve had a little bit of nous and extra know-how in the midfield – and I think that’s where we’re missing Gini Wijnaldum.

“Now, I know he can be a divisive subject for Liverpool fans, and there was a lot of supporters who were happy to see him leave, didn’t think he created enough or did enough.

“But the defensive side of his game, the control he helped to give to Liverpool, in my opinion, he was the best Liverpool midfielder at keeping hold of the ball.

“The number of times he had the ball in tight situations with two or three men around him and he had the strength and the skill to keep hold of the ball, to keep possession to give it to a teammate – I think we’ve lost a bit of that this season. I don’t think we’ve replaced him.”

Despite Wijnaldum’s absence, Liverpool still have plenty of quality options in that part of the pitch. Indeed, the likes of Jordan Henderson, Thiago, Fabinho, Alex Oxlade-Chamberlain, Naby Keita and Curtis Jones all provide good depth.

Thiago – who was signed last summer – may have been seen as the natural replacement to come in and fill the Dutchman’s shoes, but he has not been able to get going this season due to a calf injury.

With the Reds not splashing out in the summer, perhaps Klopp will seek out a new star midfielder in the upcoming January transfer window. If not, he’ll need his alternative options to step up as Liverpool push for the league title.