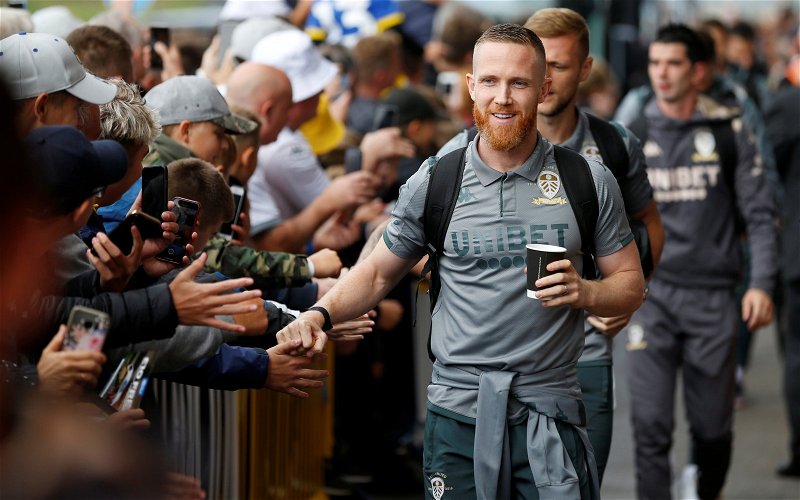 Many Leeds United supporters have been delighted with Adam Forshaw after he spoke to the media following his recent performance.

Over the weekend, Marcelo Bielsa’s men put in a decent display against Leicester City to claim a 1-1 draw at Elland Road. Goals from Raphinha and Harvey Barnes decided the game, but Forshaw’s display earned him some plaudits, too.

Indeed, making his first league start since September 2019, the 30-year-old lasted until the 90th minute, when his performance drew a standing ovation from the home crowd as he left the field of play.

Speaking to the press after the game, Forshaw said he was ‘thankful to everybody’ who had helped on his long road to recovery, mentioning his family as well as some of the Yorkshire club’s staff.

Will Adam Forshaw become a regular started for Leeds this season? 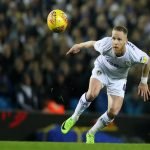 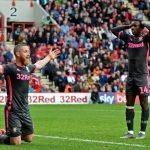 The interview was shared on Twitter and it didn’t take long before many Leeds supporters shared messages of praise for the midfielder underneath the post.

@3stripes89
“771 days since last league start. Man of the match by a long way. What a performance.”
@rolo2rolo
“Delighted for this man. What he’s been through in the last 2 years nobody would go through in their 20 + year career. He was phenomenal today back to the player he was prior to his injuries.”
@thombo1987
“Gonna be a massive part of the team this year.”
@Dunstan9_
“Billy Bremner in disguise. And I was there. Truly excellent today.”
@kitacrone
“Unbelievable performance, composure and reading of the game was unreal”
@lufc_walshy
“Absolutely magnificent today. Can’t imagine what he’s been through to get to this point. Deserves every second of it.”
@Ben_Paul
“Unreal today”
@TomTurnbull2
“Made up for him, class today as well.”
@tetterz10
Forshaw was heavily involved in the point against Leicester, making 36 passes and having 56 touches on the ball.  The 30-year-old’s performance certainly seemed to impress these fans.
Having not started a league game for so long, there’s every chance the midfielder will be grateful to now have plenty of time to recover thanks to the international break.
No doubt, he’ll be hoping to stay fit and become a regular member of Bielsa’s team as the season progresses, and this outing would have done his chances of achieving that a world of good.
In other news: “It’s a great fee to have got him for” – Pundit drops verdict on Leeds ace who Tony Dorigo loves
Give us feedback