Leeds United fans have been reacting to news surrounding a potential move for Ross Barkley in the January transfer window.

According to a report from TEAMTalk, Chelsea are deciding whether or not to allow the former England midfielder a chance to move away from the club in January.

The 27-year-old had been pretty much an afterthought for Tuchel at the beginning of the campaign, however, has seen himself get some more playing time in recent weeks, even starting their recent Premier League game against Burnley.

The report goes on to state that Leeds United are one of a number of Premier League teams looking at him, and that they would prefer a loan deal with an option to buy.

This news was relayed to fans by MOT Leeds News and then the Leeds Insider Facebook page, where there were plenty of them who seemed excited about the prospect of signing Barkley, with some supporters eager to see what kind of influence someone like Marcelo Bielsa would have on him:

Is Barkley too much of a gamble? 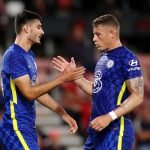 Of course, the big issue would have to be him keeping fit in the first place, as injuries haven’t been too kind to him over the years, but if he can get back to the form that he had after breaking through at Everton, then he could certainly add something to this Leeds side that is missing some attacking firepower by virtue of their measly total of just 11 goals scored so far this season.

In other news: ‘No-brainer’ – Many Leeds fans beg Bielsa to play 22 y/o who’s ‘head and shoulders’ above star