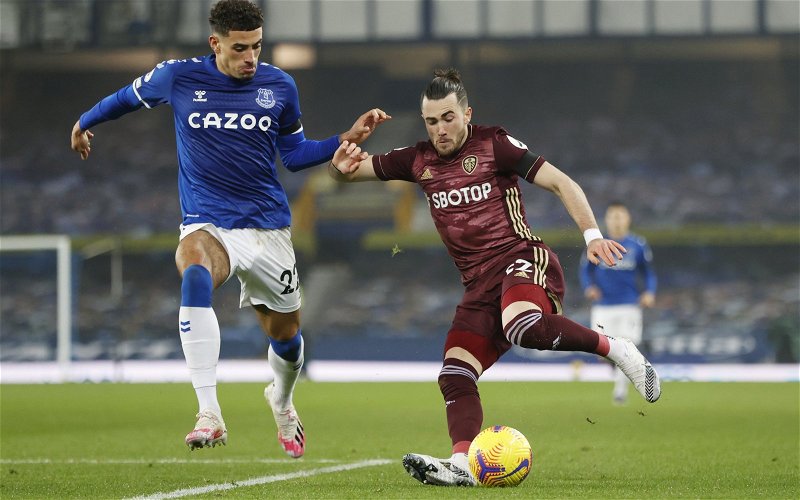 Former Leeds United player Carlton Palmer isn’t worried about the form of Jack Harrison so far this season, as he doesn’t believe the team have performed well as a whole.

Harrison and Leeds were in brilliant form last season, with the 24-year-old scoring eight goals and providing eight assists for his teammates and in their first campaign back in the Premier League, Leeds managed a ninth placed finish.

This term so far has seen Harrison score twice and register one assist, but all three goal contributions have come in the Carabao Cup, with the winger yet to register a league goal and Leeds as a club have had a tough start as they have collected eleven points from their opening eleven league matches.

Will Leeds finish in the top ten again this season?

Whilst he isn’t hitting the numbers of last season yet, Palmer isn’t concerned about Harrison’s form as he told This is Futbol: “Well, listen, I think Leeds have had a slow start to the season, haven’t they? So, I think on a whole, they have not performed as well as what they did last season. It just takes time for everything to settle down.”

Leeds did start to turn a corner prior to the international break as they put together a run of three matches without defeat, as they drew against both Wolves and Leicester, with a victory in between those games against Norwich City.

If they are to finish in the top ten again this season, then they are going to need all of their players to step-up and continue putting together a good run of results.