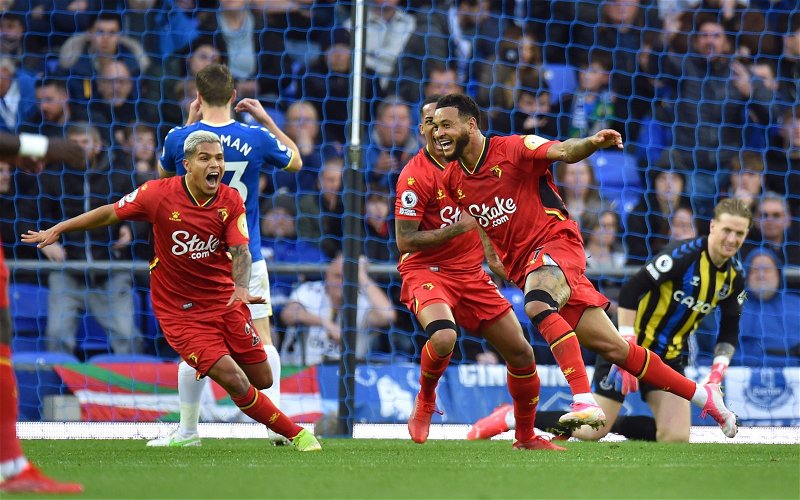 King signed for Everton in February of this year until the end of the season and featured for the Toffees on eleven occasions in the Premier League, but didn’t register a goal during his spell at Goodison Park.

Would you have liked to have seen Josh King stay at Everton?

The 29-year-old swapped Merseyside for London during the summer, as he joined fellow Premier League side Watford, with Palmer believing that King didn’t get enough game time whilst at Everton.

“I mean even this season, he’s scored the hat-trick against Everton but in nine games he’s got three goals, but still 11 games is not enough,” Palmer told This is Futbol.

Since his arrival at Vicarage Road, King has seen a managerial change, as Watford parted ways with Xisco Munoz and replaced him with former Chelsea and Leicester manager Claudio Ranieri [The Guardian].

Following his hat-trick against Everton, new Watford manager Ranieri was full of praise for King, telling BBC Sport: “King was amazing not only for the hat-trick but was amazing how he held the ball, fight with the two centre-backs, was amazing, amazing, I’m very happy with him.”

King has made ten appearances for Watford so far this season and he will be hoping that he can fire in the goals to help pull them away from the Premier League relegation zone, with the Hornets currently sitting 17th in the Premier League table on ten points.