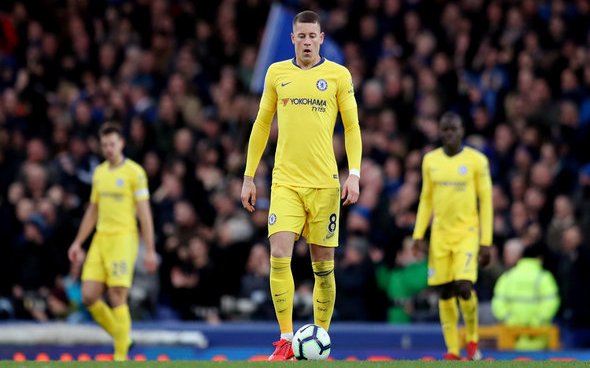 Everton podcaster Gavin Buckland is sceptical over a potential return to Goodison Park for Ross Barkley.

When Rafa Benitez joined Everton, eyebrows were certainly raised on Merseyside. A legendary figure to rivals over Stanley Park for his Istanbul heroics in 2005, Benitez donned the Everton colours this season.

After a decent start to the season, things have slowed up a little for the Toffees, and attentions are already looking to what sort of budget Benitez will have in January after not having much in the summer.

The £100k-a-week earning Barkley has been linked with a return to the club, but Everton podcaster Gavin Buckland isn’t convinced: “I don’t know where you play him for a start. We’ve just spoken about financial fair play and finances. He’ll be on a good contract at Chelsea you know, five, six million pounds a year… There’s no harm in a loan deal until the end of the season but we’ve been down this road before with some players and it’s never worked.”

We’ve seen heroic homecomings before and it doesn’t always go to plan. The returns of Thierry Henry at Arsenal, Robbie Fowler at Liverpool and Wayne Rooney at Everton failed to live up to the hype created and the expectations of their former exploits.

Barkley has the potential to be successful if he did return to Everton, still only 27, he has plenty of prime years ahead of him, it just depends if Everton could afford the deal. There’s no doubt a top class manager such as Benitez could get the best from Barkley.