Football writer Matt Maher has claimed that Morgan Sanson is ‘a big reason’ Aston Villa are now having issues in the middle of the park.

The month of October was a pretty dreadful one for the Villans all things considered. Indeed, it saw them lose every game they played.

This poor run of form was summed up when the club were swept aside with ease by West Ham United at Villa Park. In front of their own fans, Dean Smith’s men could not stop the Hammers as they lost 4-1, with Ezri Konsa getting a red card just to add insult to injury.

During the game, midfielder Jacob Ramsey picked up an injury and had to be replaced by Ashley Young. With Douglas Luiz also absent from the game due to fitness struggles, the club are now left somewhat light in that position.

Discussing the issue on the E&S Villa Podcast, Maher stated that the club didn’t sign another midfielder this summer as they already had Sanson.

He explained why he feels this is an ‘issue’ for the Villa: “This is another issue because, you know, Sanson was a big reason that they did not sign a central midfielder, which is central to a lot of the problems.

“Because they don’t have anybody at the minute in the middle of the park that can provide some control.”

Sanson made headlines recently after he threw a bit of a tantrum during Villa’s trip to the Emirates Stadium where they lost to Arsenal. The Athletic reported that he ripped his training top off ‘in rage’ after realising he would be left on the bench.

Up to this point in the season, the Frenchman has yet to even play once in the Premier League. Instead, his minutes have been limited to cup matches. 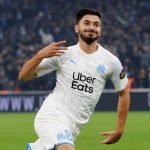 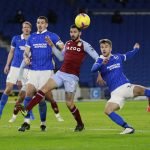 Villa were interested in signing James Ward-Prowse in the summer but couldn’t make a big enough bid to get the deal done. If they hesitated on that move due to some faith in Sanson, now could finally be a great time for him to repay that show of trust.

In other news: “Can’t get my head around that” – Exclusive: Pundit reacts to big issue for “some Villa fans”