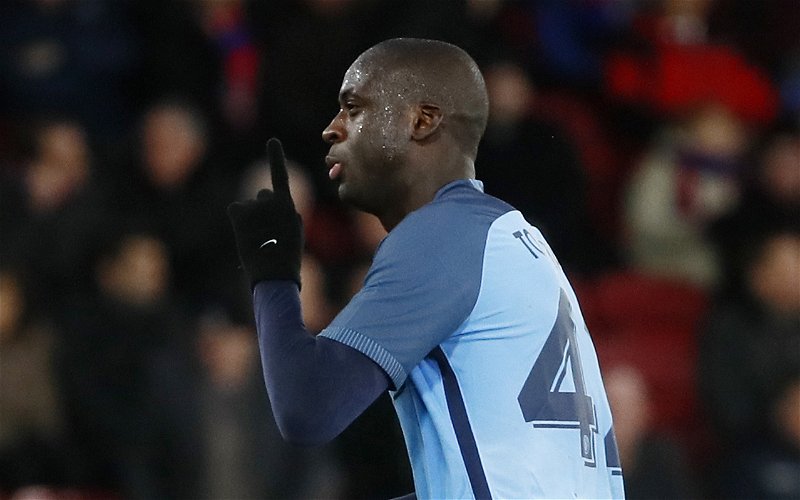 During the summer, Arsenal paid the Belgium club around £17.2m for the 22-year-old midfielder. It now seems as if the deal may have only happened after his former club coach spoke personally with Mikel Arteta.

While talking on Rio Ferdinand’s YouTube channel FIVE, the ex-Manchester City captain explained how Lokonga caught his eye even before he had been made Anderlecht manager.

He explained how he immediately saw similarities between Lokonga and Toure, saying: “I saw Sambi play his first game, first two games for Anderlecht and then he got a big injury to his knee.

“The first thing I did when I saw Sambi is I went to Mikel – and I also went to Pep [Guardiola] – but I went to Mikel first and I said, ‘You’ve got to watch this guy, he’s the new Yaya Toure’.

“Anyway, nothing comes of it, he’s got a cruciate ligament [injury].

“Then I end up falling into the management job at Anderlecht, so I’m working with him now. I had the same conversation about him with Mikel. I still believe the same thing now.”

Lokonga has certainly made a pretty positive impact on his new club. He has featured in 10 Premier League games so far for the Gunners, missing out just once – which happened to be the 5-0 loss against Manchester City.

The comparison is fine praise indeed, and considering Kompany has worked closely with both Lokonga and Toure, the former Belgium defender certainly has an opinion worth listening to.

Will Albert Sambi Lokonga become a star for Arsenal?

Even so, the young midfielder has a long way to go before he can truly be compared with the brilliant Ivorian. After all, Toure won three Premier League titles at City as well as a Champions League with Barcelona.