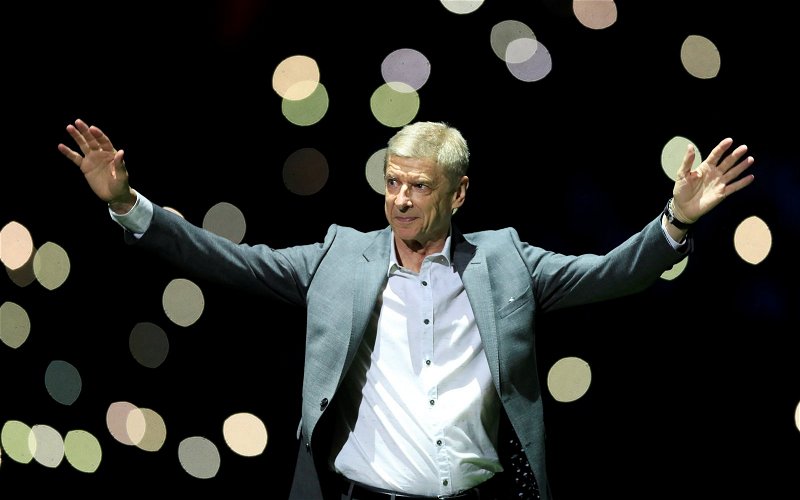 Speaking on his YouTube channel, Goal’s Arsenal correspondent Charles Watts has urged the club to bring back former manager and club legend Arsene Wenger after current Gunners boss Mikel Arteta reiterated his desire for the Frenchman to return to north London.

Wenger left Arsenal in 2018 after 22 years in charge of the north London outfit and is now working as FIFA’s chief of global football development.

However, Arteta, who played under Wenger for the Gunners for five years before retiring in 2016 and moving into a coaching role at Manchester City under Pep Guardiola, has expressed his desire for the Gunners legend to return to the club in some capacity.

“We would be delighted to have him much closer,” Arteta said (via BBC).

“I think he would have a great time just seeing the environment that he can create around him when he’s around this place because of the respect, admiration and the love that everybody at the club has for what he’s done, as well as for what he represents as a person.”

Following on from Arteta’s wish, Charles Watts believes the club should do everything in their power to secure the Frenchman’s return to the club in some sort of capacity.

Watts said: “If Arteta can convince him to come back, then I just don’t see any real negatives in it.

“I’ve got to say, if he’s just going to be around the club, if he’s not going to be taking decisions on transfers, on how the football operations work, he’s just more of a presence around that to inspire the players, to give Arteta his knowledge. I mean, you’ve got one of the greatest football minds of our generation – of any generation – there, and he’s a full-on Arsenal man. So why not have him involved?”

A move to bring back the 72-year-old Frenchman, who reigned over the north London club for almost 22 years which yielded three Premier League titles and two domestic doubles before departing the club in 2018, could prove to be an incredibly astute one from the Arsenal board.

In whatever form of capacity, having the legendary Frenchman’s presence around the club could really galvanise and inspire the players, while Wenger could also provide invaluable tips and advice to Arteta, who, at the tender age of 39, is only just at the start of his managerial career.

Whilst there is nothing concrete to suggest Wenger is returning, it isn’t the first time he teased Gunners fans about coming back, with the Frenchman saying he would help if required earlier this year.

Perhaps a sensational return is not totally out of the question.