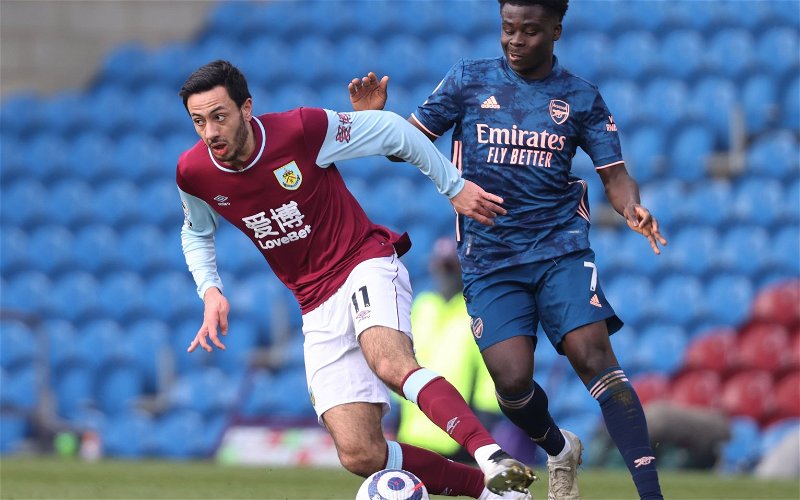 Football journalist Charles Watts has suggested that Bukayo Saka is now a ‘huge doubt’ for Arsenal’s next Premier League match.

As we edge closer to December, the football matches start to come thick and fast. And so, if players suffer an injury, even a minor one, they may now miss a number of games.

One potential victim of this may be Bukayo Saka. Indeed, having scored the Gunners’ opener in their recent 2-0 home win against Newcastle United, the English winger later had to be substituted after picking up a knock.

After the game, Mikel Arteta said (via Goal): “It was an action where he said he felt something. He wasn’t comfortable to continue.

“We will have to assess him tomorrow and probably scan him to see if there is an injury there. He felt something muscular, we will see what it is.”

While speaking on his YouTube channel,  Watts claimed that this fitness issue leaves a question mark over Saka’s participation in the upcoming game against Manchester United.

He said: “You have to think he’s a big doubt for the Manchester United game if it is something muscular.

“Even if he came off as a precaution, the turnaround before the Man United game on Thursday might be difficult. So you’d think he’s a doubt.

“Certainly not going to rule him out just yet, we’ll have to wait and see. Hopefully, fingers crossed, the scan won’t show anything because we need Bukayo Saka fit, absolutely.”

It would certainly come as a big blow for the Gunners if they were to go into their next game without Saka. Indeed, his display against Newcastle saw him labelled as ‘Arsenal’s outstanding player’.

Should Pierre-Emerick Aubameyang be dropped?

The 20-year-old is clearly trusted by his manager as well, having played in every Premier League game so far this season – starting all but one.

If he is to miss out, Arteta will at least be buoyed by the fact that winger Gabriel Martinelli scored soon after coming off the bench for Saka. If the Englishman can’t make the Man United game, there is at least a player ready who has recently proven he has the quality to come in and play for the Gunners instead.

In other news: ‘Bizarre’, ‘It pestered me’ – Journalist slams Arsenal man’s ‘naivety’