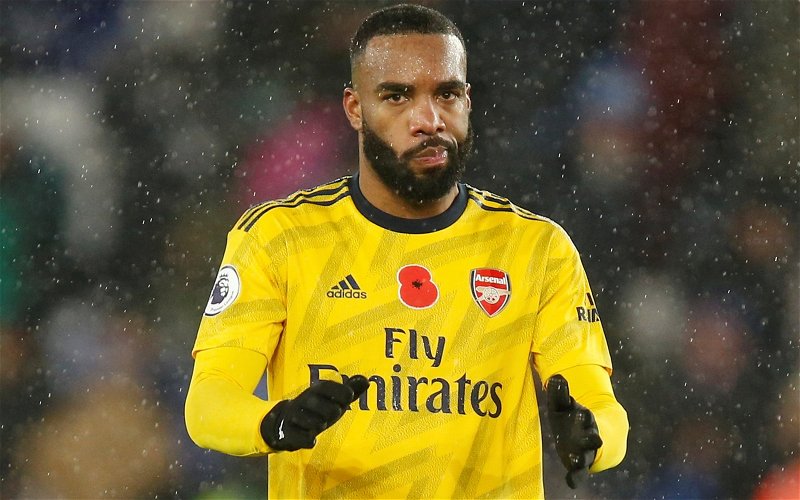 Goal.com Arsenal football correspondent Charles Watts has delivered the latest update on Alexandre Lacazette’s future at Arsenal, with the Frenchman’s contract currently due to expire in the summer of 2022.

Speaking on his Youtube channel, Watts believes that despite Mikel Arteta claiming that there will be no talks over a new contract for Alexandre Lacazette until the end of the season, the Spaniard will want to ensure they don’t want wait till end of the season to resolve Lacazette’s future

Watts said: “You got to take them all over a little bit of sort of pinch of salt in terms of what they (managers) say publicly because I’m sure there would be something going on if Arsenal really do want to give Laca a short term contract.

“It is something that Arteta is keen on I can’t imagine they’re definitely going to wait until the end of the season. There will be some sort of discussions between now and then. Especially given the fact that Laca would be able to talk to clubs from January about because it’ll be out contracts in the summer so I imagine Arsenal would be looking to do something before that.”

With the France international’s Arsenal tally now stands at 68 goals in 179 games in all competitions, Lacazette has a fairly impressive record since his summer move from Lyon in 2017.

Additionally, since fighting his way back into Mikel Arteta’s starting XI in the Premier League with a strong of impressive performances in the league, shares a close on and off the field relationship with Pierre-Emerick Aubameyang, with Mikel Arteta’s side looking much more potent an offensively dangerous with both players in the side.

While the club have been linked with a move for forwards such as Dominic Calvert-Lewin, Dusan Vlahovic and Ollie Watkins next summer, it could be an incredibly shrewd move for Arsenal to sign Lacazette up to a short-term contract at the Emirates as the Frenchman remains a hugely popular figure within the dressing room and has emerged as a real leader within Mikel Arteta’s side this campaign.