Arsenal: Charles Watts believes Kieran Tierney will get the nod over Nuno Tavares at Anfield 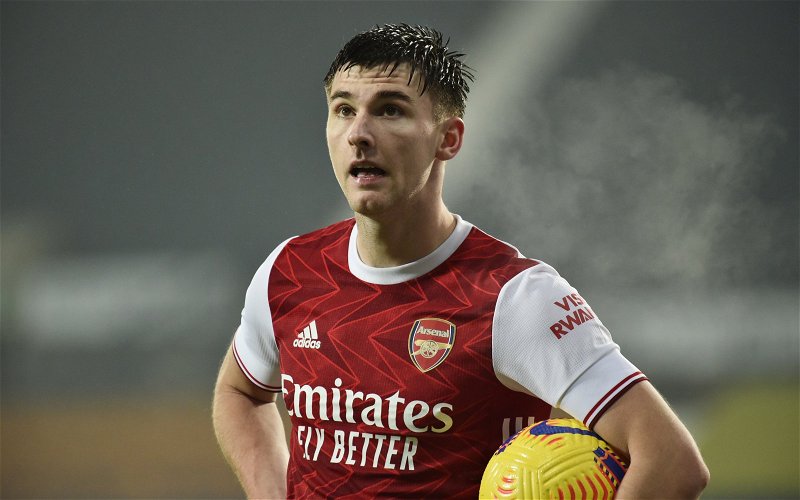 Goal.com’s Arsenal correspondent Charles Watts believes Kieran Tierney will get the nod over Nuno Tavares at left-back ahead of the Gunners’ clash against Liverpool at Anfield on Saturday evening in the Premier League.

Victory over Watford moved Arsenal up to fifth place in the Premier League ahead of the most recent international break – a quite remarkable feat and turnaround following their dreadful start.

Arsenal, who have not won at Anfield since the 2012/13 campaign, will be aiming to claim an invaluable three points at Anfield and send out a real message of intent to the rest of the Premier League as they fight to claim a Champions League position this season.

A key decision Mikel Arteta will have to make ahead of the clash against Jurgen Klopp’s side will be whether to select Scotland international Kieran Tierney or Portuguese ace Nuno Tavares at left-back, with Watts believing the former Celtic man will get the nod despite the summer arrival starting the last three league games.

Speaking on his YouTube channel, he said: “Personally, I think he’s going to go with experience and he’s going to bring Tierney back in. Tierney was very good during the international break for Scotland, clearly showed he’s up to speed and he is match-fit.

“So I think I’d be surprised if Tierney doesn’t start and if Nuno gets the nod for this one.”

Liverpool carry a threat all over the field, but the main man Arsenal may have to stop is Mohamed Salah, the Premier League’s leading goalscorer with 10 goals already.

And with that, the left-back position will be crucial for the Gunners. Thus, Tierney’s return from injury could be a huge boost for Arsenal, with the Scot not featuring in their last three league games, making the bench for the 1-0 victory against Watford before the international break.

Although Tavares has been superb in Arteta’s team in the Scotsman’s absence, the decision to bring back the former Celtic defender into the starting XI against Liverpool could be an incredibly shrewd one given he performed well with Scotland during the most recent international break as they secured their position in the World Cup play-offs.