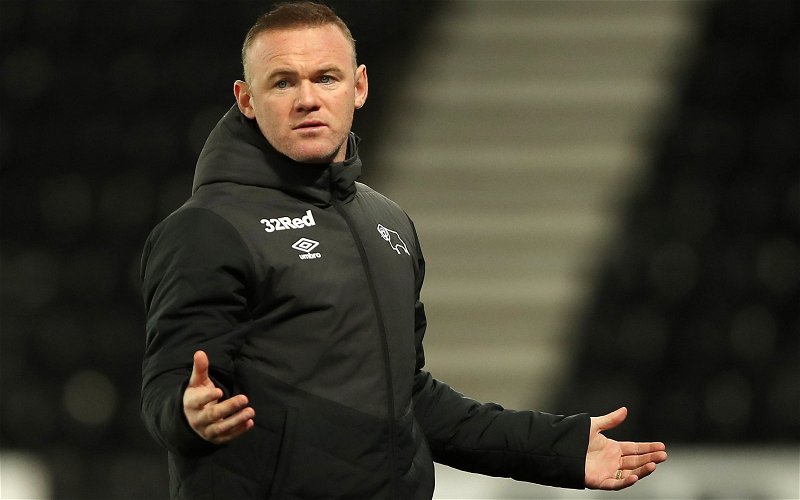 Lots of Derby County fans have flocked to Twitter to voice their thoughts on the latest claim to emerge in the club’s ongoing issues off the pitch.

According to The Telegraph, the Rams are set to accept a total 21-point deduction with a further three suspended due to their financial issues.

The news comes with Wayne Rooney’s side sat rock-bottom of the Championship table on six points and currently nine points off safety, with Peterborough United currently in 21st place on 15 points.

Derby fans flocked to Twitter as they shared their frustrations with the predicament in which the Championship side finds themselves.

What did these Derby fans have to say?

@craigjnash
“being a derby fan is pretty grim, ain’t it?”
@sophwakefieId
“If this is true, Mel Morris can safely go down in history as the worst owner Derby County has ever had.”
@Marsha1051
“Going down aren’t we heart breaking but I’ll still stand by derby county.”
@CmonYouuuRamsss
“Awful news for The Rams…”
@_DavidAshton
“Season over…”
@lewis_everett11

The report from The Telegraph also suggests talks are ongoing over the club’s business plan and an announcement can be expected shortly.

With rumours as to who could come in to purchase the club still ongoing, it is apparent the fans are furious with the latest update, which would put them in an even more difficult position in the league.

In other news: ‘Are they joking?’, ‘Nightmare’ – Many Derby fans fume at ‘bewildering’ news