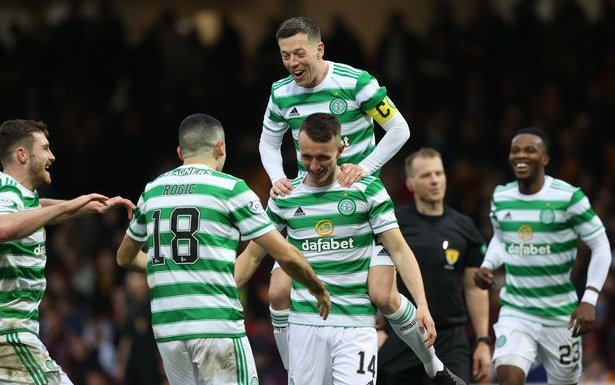 A plentiful number of Celtic fans have taken to Twitter to react as Ange Postecoglou names his line-up to take on St Johnstone in the Scottish Premiership.

The Australian gaffer is looking to make it three wins on the spin in domestic football following commanding victorious over Motherwell and Aberdeen on the road.

Celtic also kept a clean sheet in the Europa League last time out, so the Bhoys will be looking to carry over that momentum as they take on the Saints.

In midfield, Callum McGregor and David Turnbull will provide energy as Tom Rogic anchors the playmaking of the team.

Up front, a trademark trio of Jota, Kyogo Furuhashi and Liel Abada is slightly tweaked. Giakoumakis will spearhead the Bhoys with Kyogo shifted to the flank.

“Kyogo stuck out on the left? Doesn’t work. Learned nothing from Ibrox.”

”Kyogo plays better when he has space in behind. We might not get much of that so makes sense to play a forward who can head the ball and hold it up.”

“Play Juranovic in his own position, harsh on Bolingoli to just be dropped completely to accommodate Ralston”

“Gia and Kyogo could be an awesome partnership”

“Perfect decision to drop Abada not been the best of lately”

“Oh Ange, your making me feel all sorts here”

“Play Juranovic as a RB for the love of God Celtic”

With three wins on the bounce in all competitions, extending an unbeaten run will provide vital lift to a Celtic team looking to reclinch ground in the race to reclaim the title.

A win against the Saints will go a long way for Celtic – and not merely just on the table too.